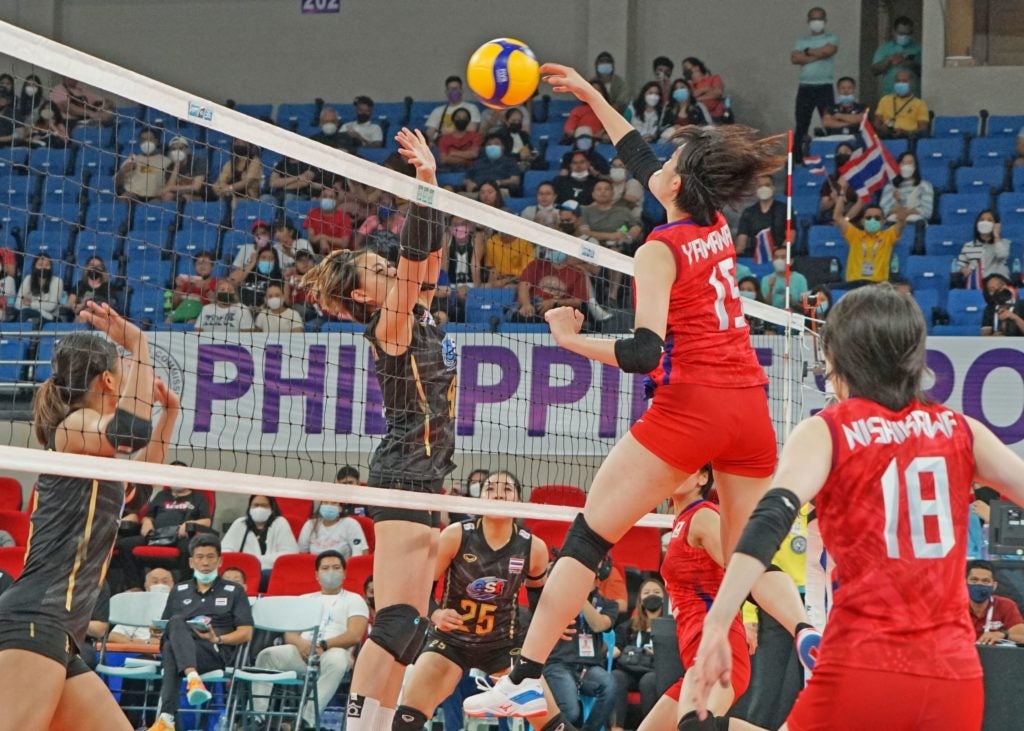 Japan’s Hiroyo Yamanaka smashes the ball to Thailand during their AVC Cup for Women at the Philsports Arena in Pasig City on Sunday, August 21, 2022. | PNVF PHOTO

Yuki Nishikawa led Japan with a match-best 20 points, while teammate Miyu Nakagawa had a 19-point performance with two blocks. She also went on converting 12-of-23 from spikes.

Her teammate Mizuki Tanaka was the other Japanese player in double digits with 11 points.

With momentum on their side, Japan is eyeing a back-to-back win against Taiwan in Pool B’s action on Monday, at 10 AM at the same venue.

“We wanted to improve our offensive play. That’s our goal for the next game,” said captain Mika Shibata.

The Japanese volleybelles won a challenge on a block touch to earn a 24-21, advantage. However, Pimpichaya Kokram was able to save a match point for the Thais.

Not to be outplayed, Nishikawa then closed out the grueling, one-hour, 31-minute match with a smash – her ninth point in the third set which sealed her team’s victory.

“That was really a great game,” said Shibata, who was solid in distributing plays for Japan.

Teammates, Zhou Yetong and Hu Mingyuan added 11 and 10 points, respectively, for the Chinese.

South Korea had a beating as it fielded in high school standouts instead of its main national women’s team. Opposite spiker Choi Hosun led South Korea with seven kills while Kim Seyul chipped in three points.

PH women’s volleyball team gets swept by Thailand in friendly