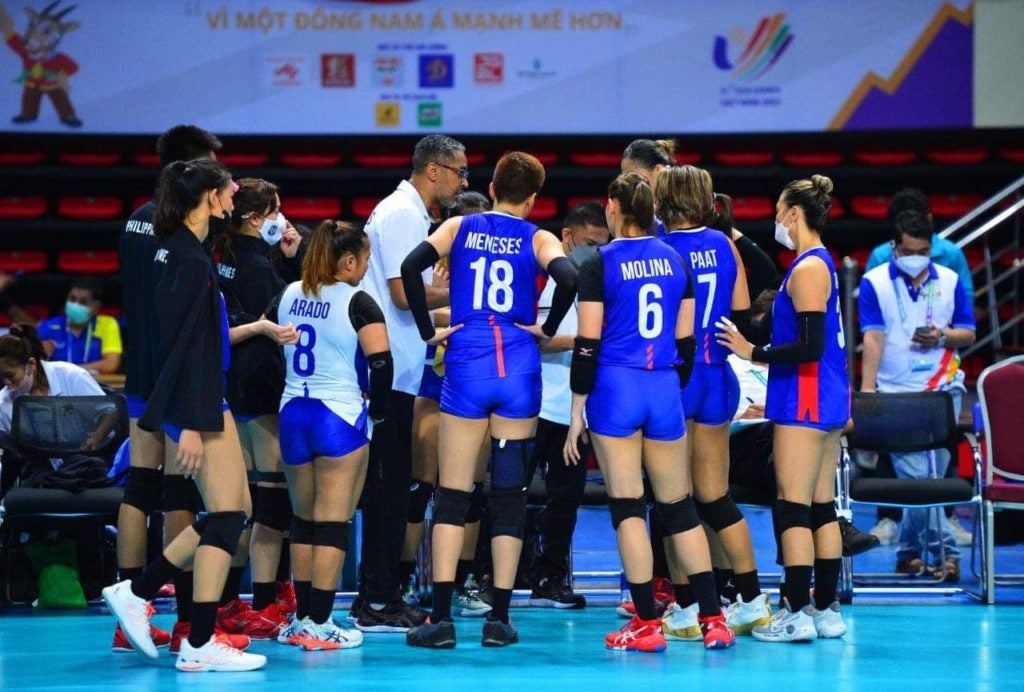 Spent well for and underachieving still, the men’s and glamorous women’s national volleyball teams will be revamped by the start of next month, with the Philippine National Volleyball Federation (PNVF) supposedly looking to infuse young blood as the country continues to chase elusive gold medals in the sport in the Southeast Asian (SEA) Games.

“The problems are the PVL (Premier Volleyball League) players, not the coaches,” said PNVF president Ramon “Tats” Suzara. The volleyball agency went home with four bronzes in beach volleyball but didn’t have a hardware to show in the more popular indoor version.

“We will have [a] revamp in men and women players by June 1,” Suzara told the Inquirer via a text message on Tuesday.

Suzara did not expound, but several insiders which the Inquirer talked to are saying that the PNVF wants to run the national programs without commitments to anyone, especially the composition of the women’s team which the agency wants to be “young and tall” to measure up to the international game.

The men’s team went to Qatar to train for two weeks and the women’s squad to Brazil for the same period of time. Both camps happened before the 31st SEA Games in Hanoi, Vietnam, where the Philippines, after winning the overall title running away in 2019, limped to fourth overall.

Team Philippines did well in Barueri, Brazil—where volleyball is like a religion—winning against formidable under-21 club teams. But it seemed that what happened there stayed there as the PH volleybelles sputtered to a 1-4 record, losing the battle for the bronze against Indonesia, 21-25, 25-22, 19-25, 21-25.

Brazilian Olympic champion coach Jorge Edson Souza de Brito, according to Suzara, will continue to handle the national program until his contract expires in July 2023.

“Of course, our plan was to get any medal already [in Hanoi],” De Brito said. “So far we had a chance to fight close for that.”

“We still have a hard way to get the gold, but we are really close to [playing in the] final,” said De Brito of the women’s team.

The men’s team, which won a surprise silver in the 2019 edition in Manila, turned in a 2-2 card but still wound up fifth and way out of medal contention.

With its players seeing action in the highly popular PVL, it is understandable for the country to be looking at podium finishes for the women’s team—if not winning the gold itself.

Since the Philippines returned to the biennial meet in 2015—with the popular Alyssa Valdez and Aby Maraño in the fold—the country hasn’t brought home a medal to measure up to the enormous popularity the sport enjoys here.

The country’s medal drought dates back to 2005, finishing fourth for the second straight edition.

“Our strengths and weaknesses must be looked at carefully,” said De Brito. “We will grow with awareness in [that] regard. Our opponents have these same points of attention, after taking care of ours, we will emphasize how to neutralize them. A lot of work to grow.”

De Brito will have another chance to do that, as the 2023 Cambodia SEA Games is just several months away.