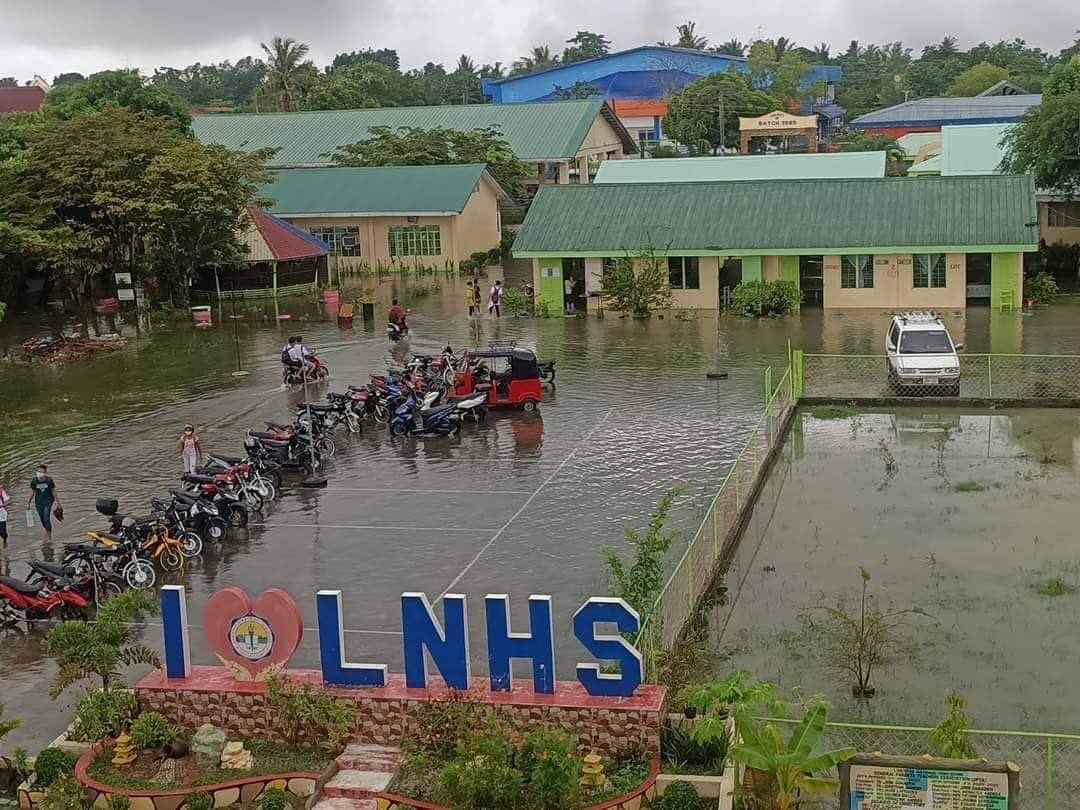 Because of the heavy rain being brought by #FloritaPH, flooding marked the opening of classes at the Libertad National High School in Abulug, Cagayan, prompting officials to suspend classes this afternoon. /PHOTO Abraham Acosta

The Office of the Press Secretary (OPS) made the announcement Tuesday following the recommendation of the Office of Civil Defense.

“The President has declared a suspension of work and classes in all levels today until tomorrow, for all government offices and public schools, due to Severe Tropical Storm Florita,” the OPS said in a statement.

“The heavy rains pose possible risks to the general public based on the recommendations of the Office of Civil Defense,” it added.

Aside from the National Capital Region, covered by the class suspension are the provinces of Cavite, Laguna, Rizal, Bulacan, Zambales and Bataan.

The OPS said the same course of action for private schools and offices is left to the discretion of their respective heads.

‘Florita’ intensifies into tropical storm; Signal No. 2 raised in 4 areas