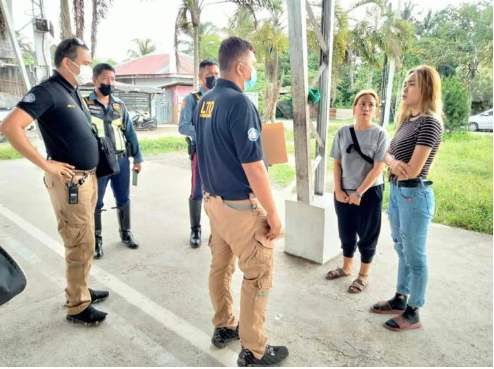 MANILA, Philippines — A vlogger from Tagum City, Davao del Norte found herself in hot water after taking the “ligo challenge,” a popular trend on TikTok, to the next level — taking a bath while riding a motorcycle.

The “ligo” challenge is a new trend on Tiktok where people take a bath while supposed to be doing  something else, like dancing or modeling.

Enforcers from the Land Transportation Office (LTO) and the Philippine National Police-Highway Patrol Group (PNP-HPG) invited for questioning a TikTok personality, whose name was withheld, after posting a video of herself doing the “ligo challenge” on social media.

“The influencer was informed of her violations and awaits administrative sanctions after the exhaustion of the legal process,” a Facebook from LTO Region XI Matalim stated.

During questioning, the vlogger was cooperative and expressed her apologies for her action.

While no charges against the personality have been specified yet, the HPG warned the public from doing similar challenges on vehicles, as it violates certain traffic laws. 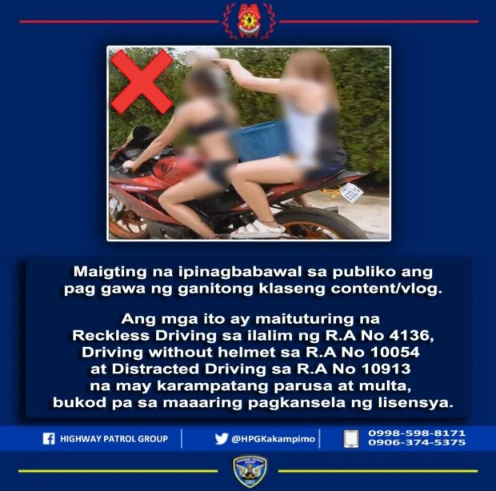 Attached to the HPG’s post is a photo of two women on a motorcycle without helmets doing the “Ligo” challenge.

Police arrest 365 for biking with no helmet during 3 days

TikTok sued in US after girls die in ‘Blackout Challenge’

Read Next
Boy with leukemia appeals for urgent help