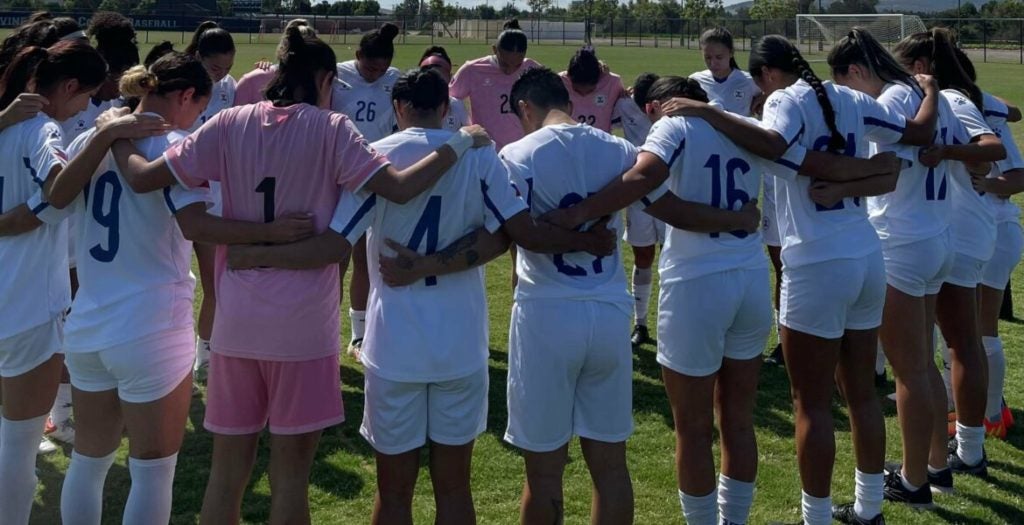 The PWNFT booters in their training camp in California. | Photo from the PFF official website.

CEBU CITY, Philippines — After a month-and-a-half rest, the Philippine Women’s National Football Team (PWNFT), or the Filipinas have started their training camp in Irvine, California to prepare for the FIFA Women’s World Cup 2023.

It can be recalled that the Filipinas made history by winning the Asean Football Federation (AFF) Women’s Cup title after thrashing regional powerhouse Thailand, 3-0, last July 17, 2022, at the Rizal Memorial Stadium.

This time, they are shifting their attention to the biggest tournament they’re campaigning for so far, the FIFA Women’s World Cup which will be co-hosted by Australia and New Zealand.

The FIFA Women’s World Cup is considered the Olympics of women’s football.

The team’s Australian coach Allen Stajcic has assembled 27 players, mostly those who played in the AFF Women’s Cup, including numerous newcomers in their Irvine training camp.

“We’ve been looking forward to this camp after a memorable and unforgettable AFF campaign,” said Stajcic in a post on the Philippine Football Federation (PFF) website.

Part of their preparations will be a friendly match against FIFA No. 22 New Zealand at Cal State Fullerton’s Titan Stadium on September 6 (Sept. 7 Manila Time).

“The match against New Zealand ranked No. 22 in the world will provide stern competition and build on the experience we have in the team,” said Stajcic.

The Filipinas qualified for the FIFA Women’s World Cup earlier this year during the AFC Asian Cup 2022 in India where they finished third.

The Filipinas’ team manager, Jefferson Cheng, believes that they are on the right track in terms of preparation for the FIFA Women’s World Cup.

“We know there is plenty of work ahead of us if we want to be competitive in the World Cup,” said Cheng.

“Overseas camps and arranging matches are always challenging. But this is something that needs to be done for the team’s improvement. Our journey requires sacrifice from the players and the staff and the cooperation of everyone involved in our organization.”   /rcg