Rama open to discussion with national government in improving his EO 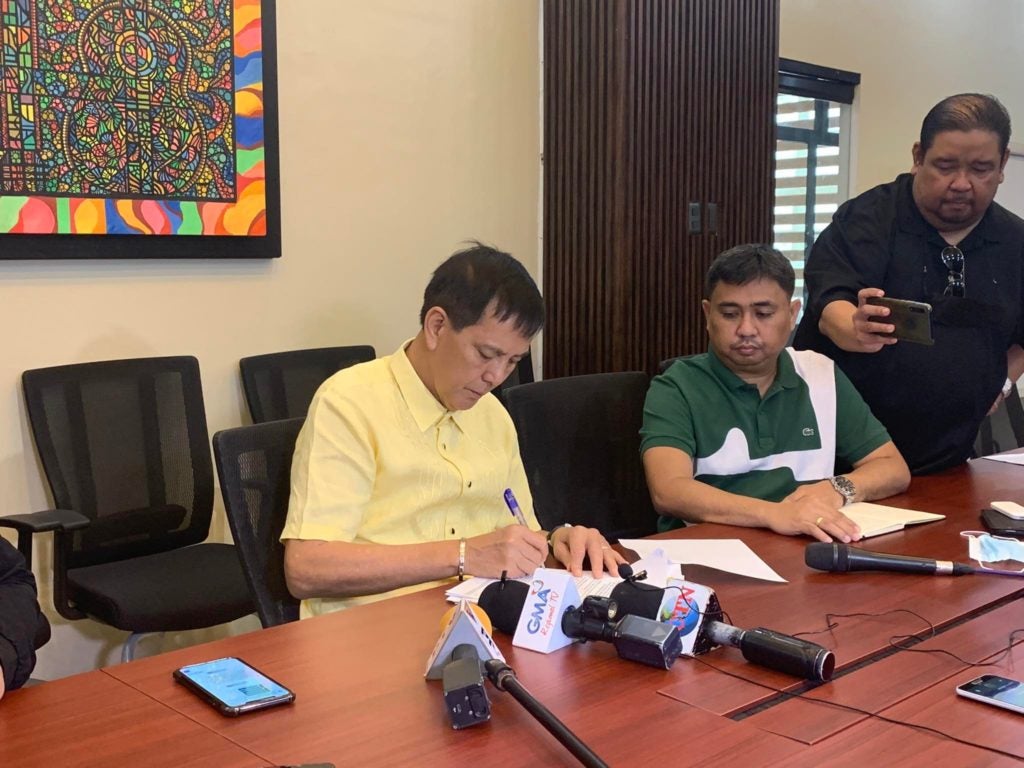 Cebu City Mayor Michael Rama told CDN Digital in a phone interview on Thursday morning, Sept. 1 that he will not defer his EO on the ‘non-obligatory’ use of face masks in the city’s open spaces.

In the meantime, Rama assured national government officials that he is open to discussions with them in improving the city’s EO.

“We were discussing solving this problem. But deferring, I cannot be deferring in pronouncement because I have already signed it. Second, I was looking at the EO and I never said the word “lift” so there is really nothing to talk about (lifting),” he said.

“But I want to help the president and the secretary. Mao na nga I am happy that I was told nga mag convene ang IATF kay right now, akong gibuhat karon is I will talk with my lawyer aron kung unsay input nila nga ipanghatag sa amoa then we will have to harmonize kung unsay naa sa national ug kung unsay among gusto sa local and that is for the City of Cebu,” he added.

Rama signed on Wednesday, August 31, 2022, executive order no. 5, series of 2022, or “An order declaring the use of face mask within the territorial jurisdiction of the City of Cebu as non-obligatory, but a measure of individual self-preservation and protection.”

The EO also contained certain exemptions, such as the mandatory use of face masks while inside clinics, hospitals, diagnostic centers, and other healthcare facilities, subject to the policy of the said entities and or the discretion of its administrator.

The use of face masks by those who are immuno-compromised, sick, or have flu-like symptoms when outside of their residence is also still mandatory. They are also “strongly advised” to stay at home and to seek immediate medical consultation.

Department of the Interior and Local Government (DILG) Secretary Benjamin Abalos, Jr., in a statement issued on Thursday, said he had earlier talked with Rama to defer the implementation of the EO, committing to bring the matter to the IATF for deliberation.

Abalos, in the same statement, also said that he will further suggest to the IATF to make Cebu City the pilot implementor of the said measure on non-obligatory wearing of face mask. With this, he also appealed to other local government units (LGUs) to put on hold any planned policies lifting the mandatory wearing of face masks in their areas until he brings this matter to the IATF.

Rama, on one hand, said he acknowledges the role of the national agency in guiding LGUs regarding matters like these, but he also brought up the fact that LGUs have autonomy as provided for by the Local Government Code.

The mayor emphasized that they, local chief executives, know more about the situation of their constituency.

In a separate public statement, Rama reiterated that he hopes that the national government will update its policies soon “relative to the current circumstances of the pandemic and the unique conditions” in every place in the country.    /rcg