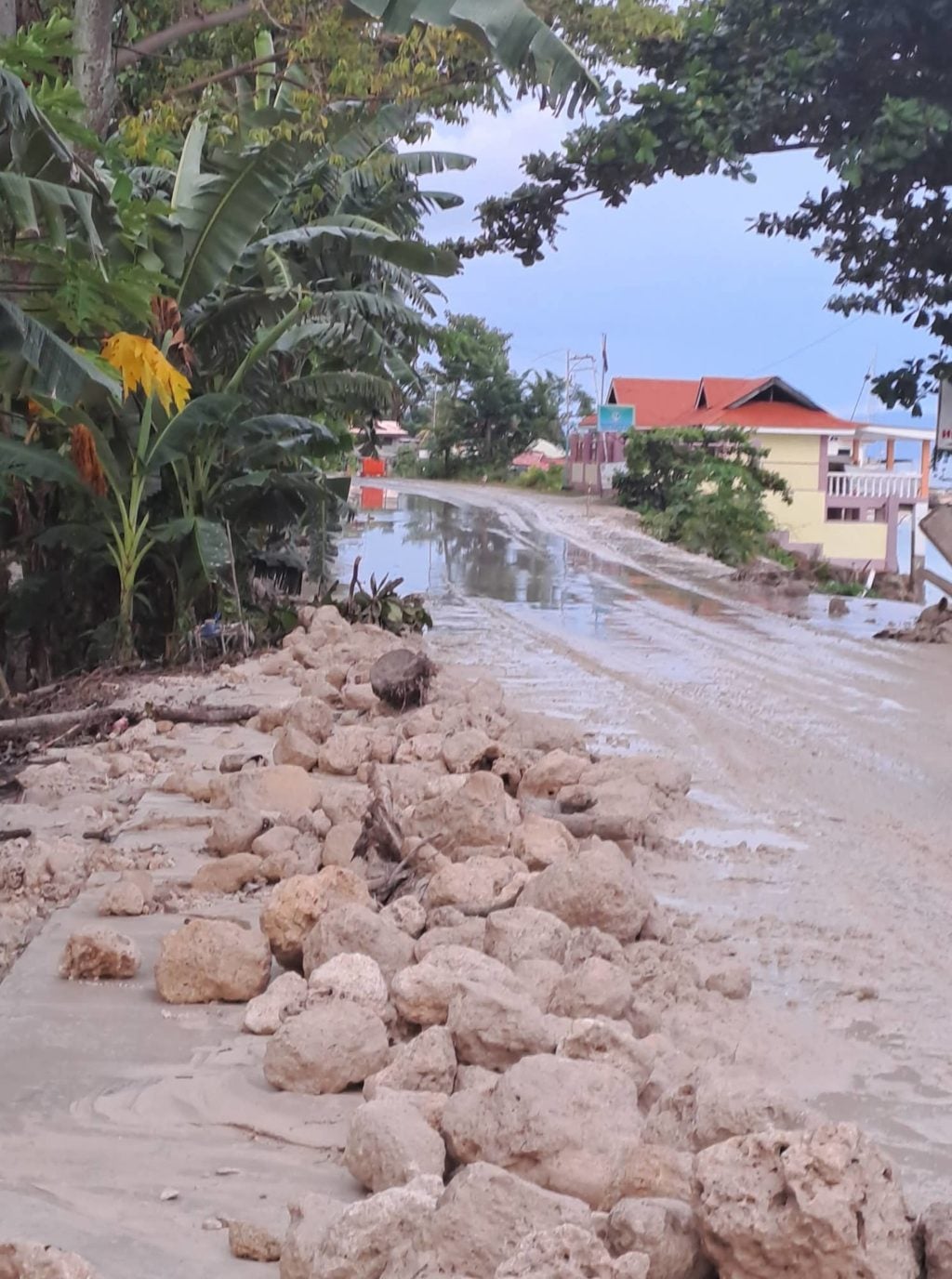 Rocks, mud, and floodwaters make this road in Barangay Matutinao, Badian impassable on Wednesday night. But thanks to the help of a private construction firm doing a drainage improvement project nearby,  the road was cleared just before daybreak on Thursday, Sept. 1, 2022.  📸 : Norita Escuyos Villamor via Paul Lauro

“There were no casualties and damages to infrastructure. We also have not received any reports about evacuation being made,” Ramos said in Cebuano in a phone interview on Thursday, September 1.

The roads are already passable as clearing operations were immediately made by a private construction firm doing a drainage improvement project nearby.

“There are still other flood debris such as large rocks found there but the areas are now passable,” Ramos added.

On the other hand, the PDRRMO official clarified that they tagged the incident in Badian as regular flooding, and not ‘flash floods’, contrary to earlier reports.

“Actually, it cannot be considered as a flash flood,” said Ramos.

Citing findings from the local disaster and rescue authorities there, Ramos said the floodwater was not torrential and did not come from an overflowing river or from the mountains.

The floods last Wednesday were caused by the heavy rainfall Badian experienced that evening, he pointed out.

Flood debris also came from the drainage improvement project there, and was carried by floodwaters, he added.

According to the National Weather Service of the U.S. government, while both floods and flash floods can be a result of heavy rainfall, the two are distinct from each other.

Flooding, on one hand, is described as a ‘longer-term event’ and is usually caused by ‘rising water in an existing waterway, such as a river, stream, or drainage ditch.’

Flash floods, on the other hand, occur in a short period of time after excessive rainfall, and they are often characterized by raging torrents. Flash floods can also happen even if there are no rains.

In the meantime, the PDRRMO continue to urge the public to be vigilant on their surroundings, and regularly monitor weather updates as precautions.

Badian is a third-class municipality located around 104 kilometers southwest of Cebu. / with reports from Paul Lauro