1 wounded in gunfight in Punta Engaño 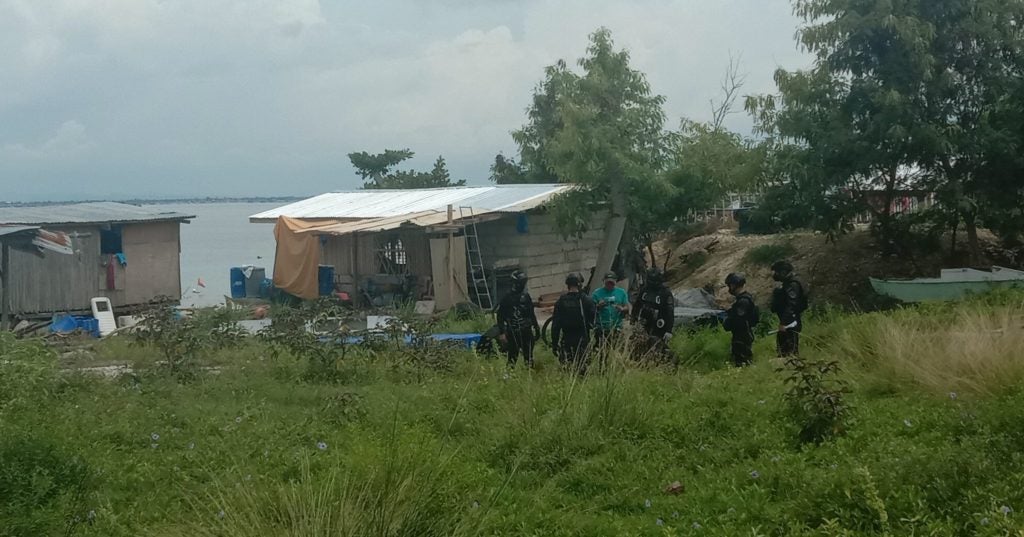 Police scan the area of a high-end development in Barangay Punta Engaño in Lapu-Lapu City where a gunfight allegedly happened on Monday morning, September 5, 2022. | via Paul Lauro

CEBU CITY, Philippines—At least one security guard was rushed to a hospital when a gunfight that seemed to be an offshoot of an ongoing land dispute broke out in Brgy. Punta Engaño in Lapu-Lapu City on Monday, September 5, 2022.

When reporters went to the site, the ‘shooting alarm’ turned out to be a firefight involving security guards of a high-end residential development and nearby residents.

The exchange of shots, which residents claimed lasted for approximately an hour, wounded one of the security guards, identified as Jose Palomar, assigned at the property.

A resident, namely Judith Pagobo, 55, also sustained a small scar on her forearm left by a grazing bullet.

Police seized several service firearms, including a shotgun, from the security guards. These were believed to have been used during the gunfight.

Members of the Regional Explosive Ordnance Disposal Team were also deployed to the site to verify unofficial reports that explosives were used.

Investigators have yet to issue their official findings and determine which party was responsible for initiating the gunfight.

However, both parties blamed the other for firing the first shot.

According to their statements, the incident may have stemmed from a human-made barricade that separated the development from the land being occupied by the residents in Sitio Mangal.

CDN Digital has opted not to disclose the developer’s name pending their comments.

A resident of Sitio Mangal, who identified himself as Abduljafur Namli, claimed that the security guards peppered their houses with bullets.

He also showed to reporters what looked like bullet holes made on several parts of his house, including his roof.

Namli’s neighbor, Pagobo, also said they saw a group of security guards escorting a heavy equipment near the barricade shortly before the gunfight started.

Pagobo suspected the barricade, which they assembled, would be demolished.

She said she was about to cook breakfast for the family when she heard the gunshots, prompting her and the rest of her household to jump to the nearby sea.

On the other hand, one of the security guards, identified as Edward Castillo, claimed that they heard the first gunshot from the residents while guarding the heavy equipment near the barricade.

Castillo also said the first shot wounded Palomar, their 26-year-old colleague. This led them to return fire as a preemptive measure.

According to Pagobo, this is not the first time a gunfight occurred in their area. She confirmed reports that a similar incident took place last March.

She also said the real estate developer and residents of Sitio Mangal are involved in an ongoing land dispute trial.

Both are claiming they are the rightful owners of the lot where Namli, Pagobo, and several families live.