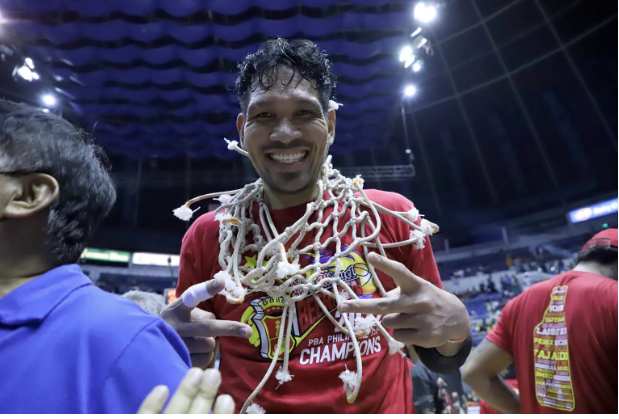 A successful return to the form that was the reason for six Philippine Basketball Association (PBA) Most Valuable Player (MVP) awards has put June Mar Fajardo in an early position to extend that unprecedented record.

The San Miguel Beer star center not only ended the Philippine Cup with a Best Player of the Conference and another championship added to his decorated resume, but he also took a commanding lead in the statistical points race for the coveted season honor.

Tabulations released by the league on Thursday showed Fajardo with an average of 42.6 statistical points (SPs), way ahead of those in the top five, namely teammate CJ Perez and the Barangay Ginebra trio of Scottie Thompson, Japeth Aguilar and Christian Standhardinger.

Beermen coach Leo Austria, whom Fajardo fondly calls “Paps,” said he was no longer surprised, especially after Fajardo put up an impressive showing amid the disappointment of Gilas Pilipinas’ failure to win the gold in the Vietnam Southeast Asian (SEA) Games.

“After playing in the SEA Games, I know he is determined to win another championship because of his incredible conditioning,” Austria said.

Perez, who won his first PBA title, is second with 37.9 SPs while Thompson, last season’s MVP, is barely behind in third with 37.8. Aguilar and Standhardinger follow suit with averages of 33.1 and 32.8, respectively.

Another MVP at season’s end would mean a lot to Fajardo, who two years ago broke his tibia before the 2020 season and also dealt with the emotional loss of his mother Marites to COVID-19.

He was also named Finals MVP as San Miguel dethroned TNT in a title series that went the full seven games.

“That’s enormous,” Austria said of Fajardo’s statistics. “It’s amazing for a player like June Mar. And his determination is there so I have nothing much to say about him.”