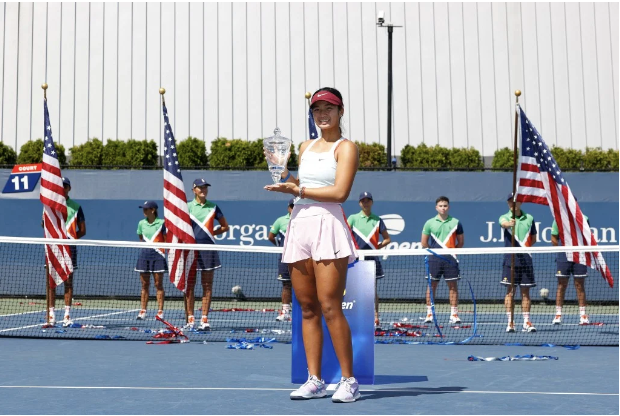 MANILA, Philippines — Alex Eala may have reached greater heights after achieving a historic feat, but the 17-year-old remained selfless and humble, offering her US Open girls’ singles trophy to Philippine tennis and her fellow young countrymen, who aspire to play the sport.

The Filipino tennis star immortalized herself as the country’s first-ever Grand Slam singles champion, capping her magical run in the US Open Juniors with a 6-2, 6-4 victory over World No.3 Lucie Havlickova of Czech Republic in the final on Sunday (Manila time) in front of her family and Filipino supporters at court 11 of USTA Billie Jean King Center in New York.

During the trophy presentation, the 17-year-old opted to speak in Filipino, expressing a powerful message to the Filipino Tennis community.

(I fought for this [title] wholeheartedly, not just for myself but to also help the future of Philippine tennis. This isn’t just my victory, it’s our victory.)

When the Czech lost the championship match with a backhand unforced error in the second set, Eala was full of emotions as she dropped her racket to approach her opponent for a handshake, celebrated with the crowd in the stands, and ran to her family to hug her parents Michael and former national team swimmer Rizza, and brother Miko, who is also a tennis player, as well as her Rafael Nadal Academy coach Adrien Vaseux.

The young tennis star attributed her success to her family and the Rafael Nadal Academy, which honed her skills to excel in international competitions.

(First of all, I want to thank my family if not for them, I won’t be able to do it. Thank you to everyone who prayed and supported me, my sponsors, and of course my team, Rafael Nadal Academy.)

“Of course, congratulations to Lucie. We’ll meet many more times in the future so I look forward to it… This has been such an amazing tournament. I couldn’t be happier,” she said.

Eala showed a masterful US Open stint as she didn’t drop a single set in six matches in the tournament, in six matches, beating Canadian Annabelle Xu, Slovakian Nina Vargova, and Aussie Taylah Preston in the first three rounds before eliminating her Russian doubles partner Mirra Andreeva in the quarterfinals. 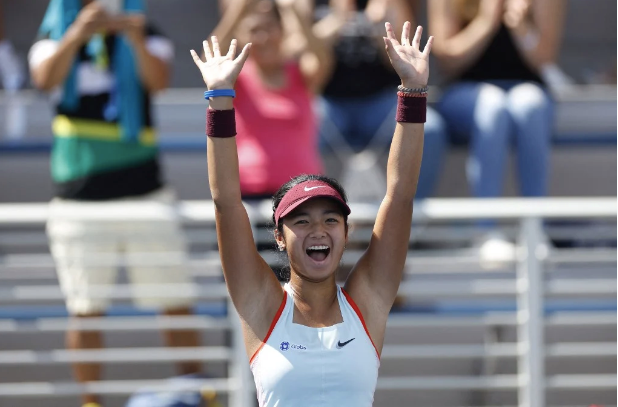 On Saturday, she fended off Canada’s Victoria Mboko, 6-1, 7-6(5), in the semifinals to become the first Filipino to earn a crack at a tennis grand slam title, surpassing the country’s best finish achieved by Felix Barrientos in the semifinals of the 1985 version of Wimbledon.

At a young age, the tennis prodigy, who is currently ranked 297 in the Women’s Tennis Association (WTA) — the fourth youngest in the top 300 — after reaching her best ranking No. 280 last August 1, added her maiden Grand Slam singles title to her growing list of accolades.

She bagged two pro championships from the W15 Manacor in Spain last year and W25 Chiang Rai in Thailand last April, and three bronze medals from the 31st Southeast Asian Games in Hanoi last May.

Eala also won a pair of Grand Slam titles in the past two years with different partners in the 2020 Australian Open doubles with Priska Nugroho, and 2021 French Open doubles with Oksana Selekhmeteva to join fellowmen Eric Taino and Francis Casey Alcantara as Filipinos to achieve junior doubles slam titles.