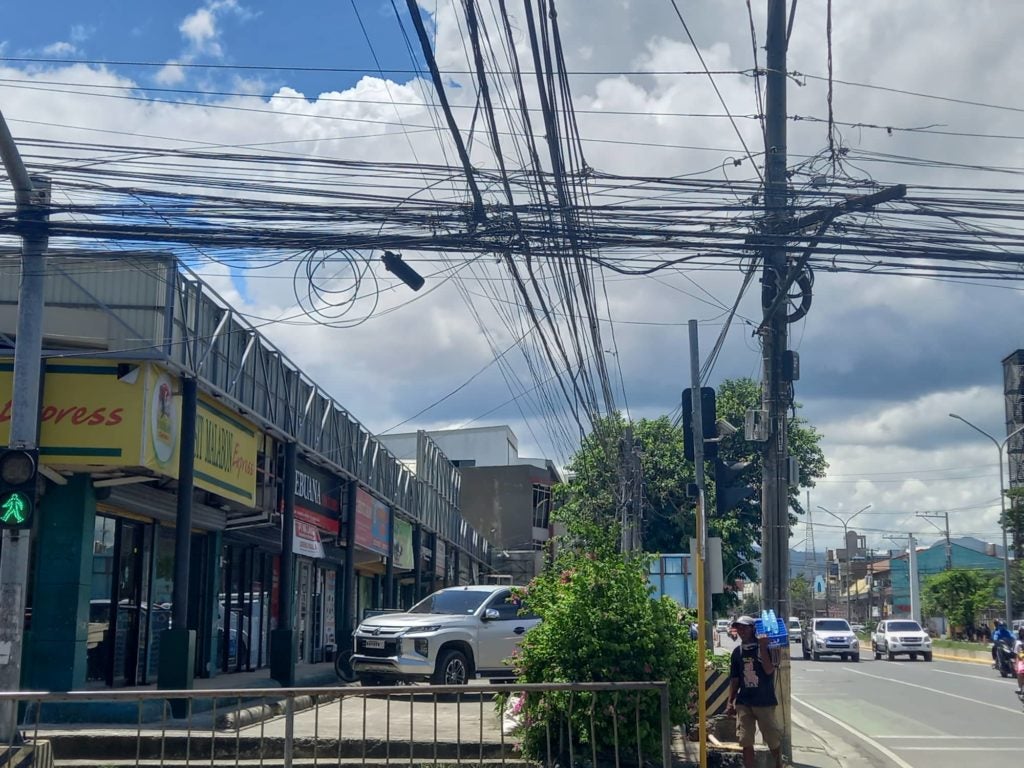 S.B Cabahug St. corner of A.C Cortes Avenue will be the first portion of Mandaue City, where the hanging, spaghetti wires will be cleared and bundled starting Monday, Sept. 19. | Mary Rose Sagarino

MANDAUE CITY, Philippines — The cable wire clearing and bundling in Mandaue City is set to start on Monday, September 19.

Lawyer Jamaal James Calipayan, city administrator of Mandaue City, said that the S.B. Cabahug St. corner of A.C. Cortes Avenue will be the first areas where the cable wire clearing and bundling would be conducted.

This was agreed by the Technical Infrastructure Committee during its second meeting on Thursday, September 15.

Calipayan said the intersections would be prioritized since the dangling and spaghetti wires were blocking the view of the closed circuit television (CCTV) cameras.

The city administrator said that the city government would provide most of the infrastructure support when it would come to equipment and logistics.

He said they would provide boom trucks and provide assistance so that there would be no obstruction during the operation.

(It will be our special task force group. It will be a continuous job because it will not require permits because everything will be pre-planned.)

Calipayan said before they would start the implementation on Monday, they would still need to plan which side of the street the wires would be bundled and the right elevation where to put the bundled wires so that it would not pose danger.

As requested by the telecommunication companies to minimize their expenses, the operation will be conducted during office hours.

Utility providers would also be given exemptions whenever there will be emergency repairs that would need to be done, he said.

This is to ensure that their services will not be affected.

He said though that utility providers would need to inform them on hand through their group chat and take pictures during their repair.

Calipayan said since the electrical wires were located higher than cable wires, the Visayan Electric Company clarified and assured that no black-out will happen in areas where the operations would be conducted.