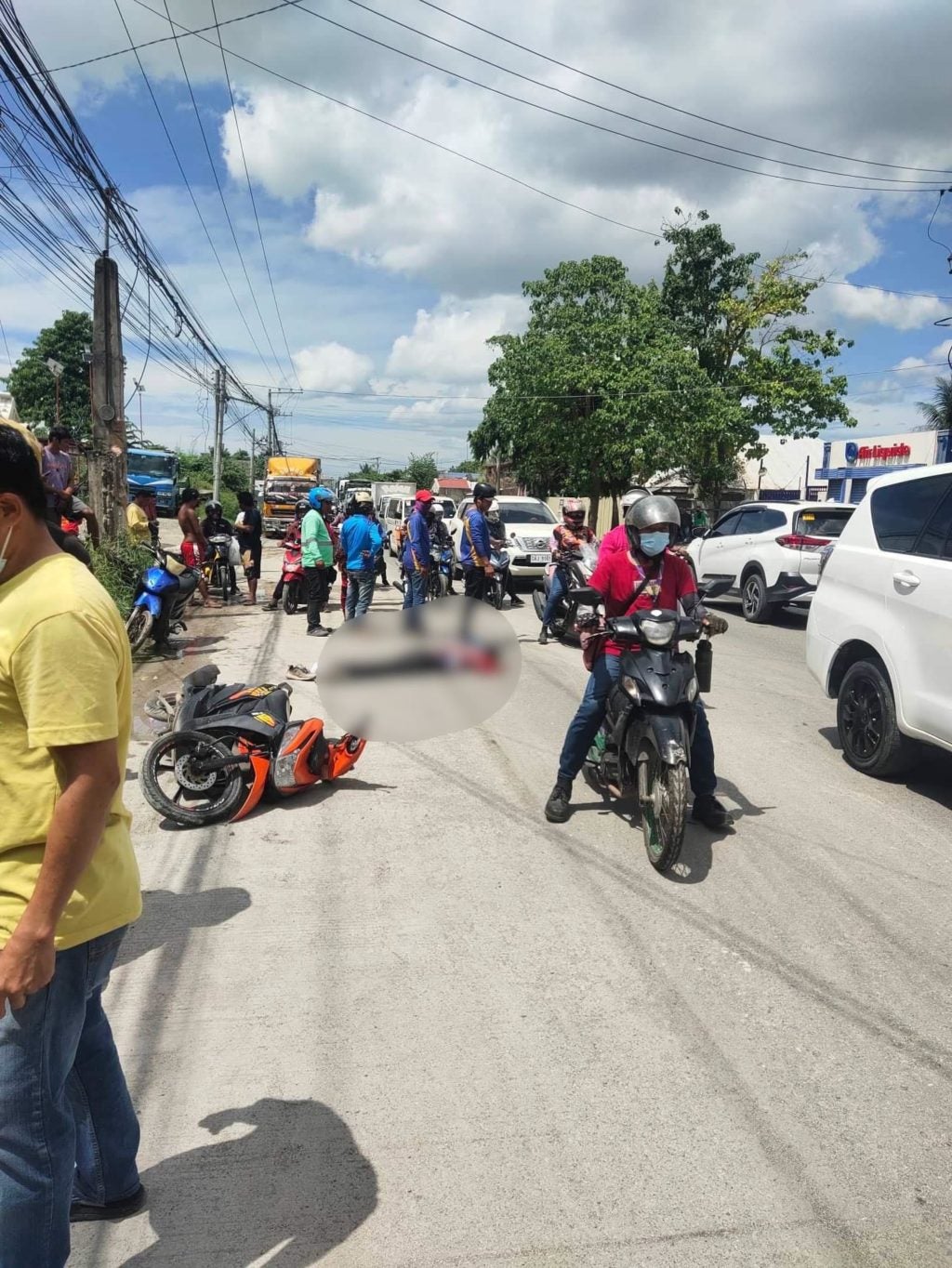 Placido Abris dies after he was ran over by a truck when his motorcycle slipped on a slippery portion of the road and he fell on the road in Consolacion town at past noon today, Sept. 15, 2022. | Contributed photo via Paul Lauro

CEBU CITY, Philippines — A motorcycle driver died when he got run over by a truck along the highway in Consolacion town, northern Cebu on Thursday noon, September 15.

Police in Consolacion identified the victim as Placido Bate Abris from Brgy. Opao, Mandaue City. The driver of the truck, a wingvan type, was named Julius Camique Enano, a native from Iloilo.

Based on initial reports from the Consolacion Police Station, both the motorcycle driver, Abris, and the truck driver, Enano, were traversing the northbound lane of the highway that connects to Cansaga Bay Bridge in Brgy. Tayud, Consolacion.

Abris, however, lost control of his vehicle due to the road being slippery. He lost his balance, and fell off his motorcycle.

Unfortunately, at that time, Enano was right behind him and was too late to step on the brakes of his truck.

“The victim was immediately brought to the nearest hospital and was pronounced dead on arrival by the attenting physician,” portions of the police report said.

Enano is currently under the custody of the Consolacion Police Station.