CEBU CITY, Philippines — The Department of Social Welfare and Services (DSWS) in Cebu City is appealing for public’s help in locating the parents and relatives of a minor who was allegedly left by her mother in Quezon City in 2016.

In a public service request it posted on social media on Wednesday, Sept. 28, 2022, the DSWS in Cebu City identified the minor as Kimberly Labora, who is estimated to be 15-years-old.

The DSWS-Cebu City said that according to Ara Barber, social worker of Nayon ng Kabataan in National Capital Region, Labora was allegedly left by her mother, Konny Labora, on August 9, 2016, while eating at a fastfood chain along Edsa an Aurora, Quezon City. 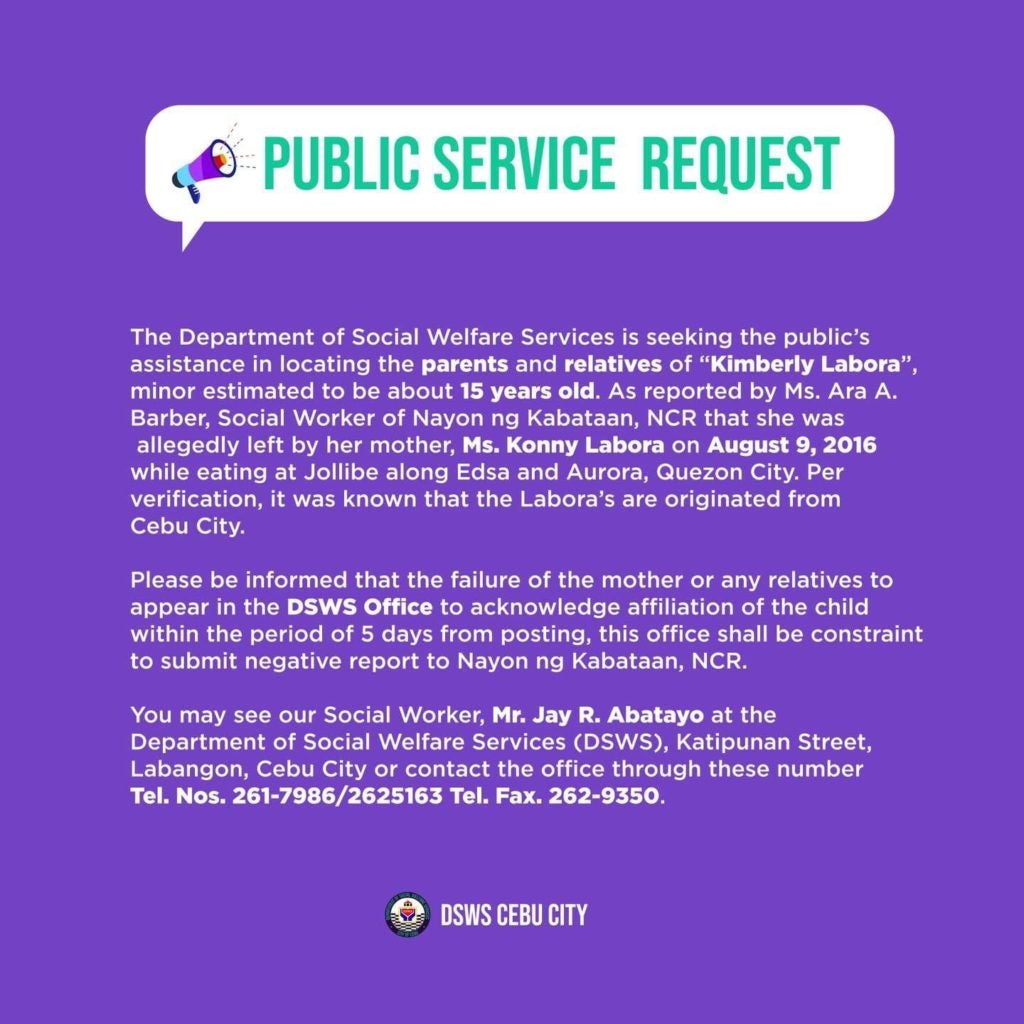 The DSWS said that per verification, it was known that the Laboras originated from Cebu City.

“Please be informed that the failure of the mother or any relatives to appear in the DSWS office to acknowledge affiliation of the child within the period of five days from posting, this office shall be constraint to submit negative report to Nayon ng Kabataan, NCR,” the DSWS-Cebu City said.

Those who have pertinent information with this matter can see DSWS social worker Jay Abatayo at the DSWS office in Katipunan Street, Barangay Labangon, Cebu City.

Read Next
CCTO: Contractor to finish Digital Traffic System project by end of 2022