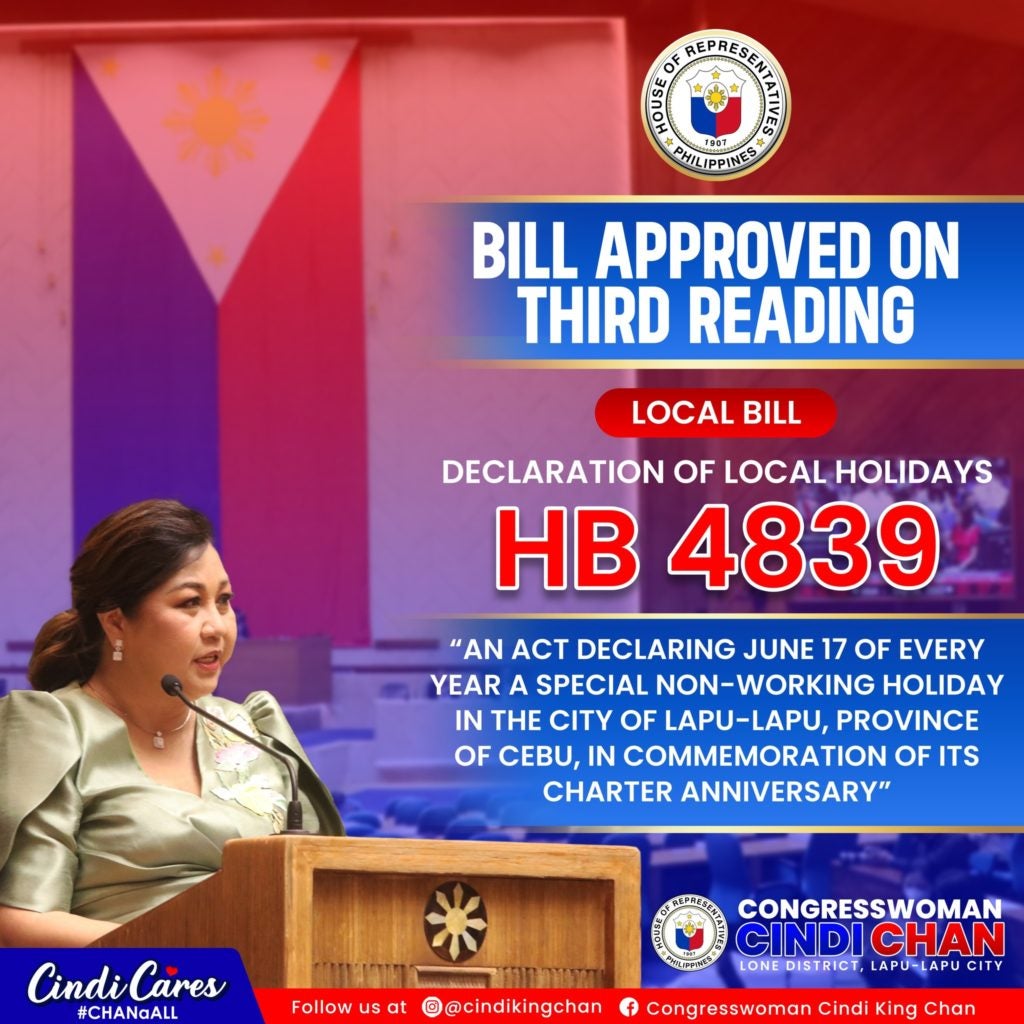 LAPU-LAPU CITY, Philippines — The House of Representatives has approved on the third and final reading House Bill (HB) no. 4839 authored and sponsored by Lapu-Lapu City Lone District Representative Cindi King-Chan.

HB 4839 or “An act declaring June 17 of every year as a special non-working holiday in the City of Lapu-Lapu, Province of Cebu, in commemoration of its Charter Anniversary,” was filed by Chan on July 1, 2022.

If the proposed bill becomes law, Chan said that the city will no longer need to ask Malacañang every year to declare June 17 as a special non-working holiday for Oponganons.

She added that the proposed bill was among the 33 bills that were approved in the 3rd and final reading in the House of Representatives.

Currently, Chan said that there are more than 5,000 bills submitted in the House.

Chan filed HB 4839, together with HB 731 or “An act creating the Lapu-Lapu City District Engineering Office and Appropriating funds therefor.”

Other pending bills of Chan were HB 3718 or “an act changing the name of the City of Lapu-Lapu to the City of Lapulapu” and HB 3719 or “an act requiring the establishment of Dialysis Clinics in all national, regional, and provincial hospitals and providing for free Dialysis Treatments to indigent patients” that were both filed on August 17, 2022.     /rcg