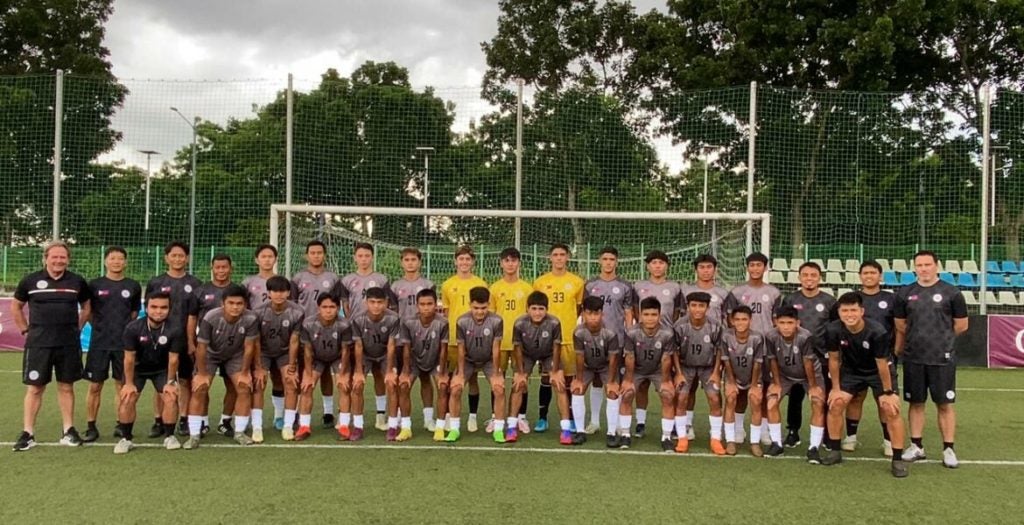 The PFF U-16 National Team pose for a group photo during their training for the AFC U-17 Asian Cup 2023 Qualifiers in Jordan. | Photo from the PFF Website.

CEBU CITY, Philippines — The Philippine Boys Under-16 National Team will test its mettle in the Asian Football Confederation (AFC) U-17 Asian Cup 2023 Qualifier from Oct. 1 to 9, 2022 at the Prince Mohammad Stadium in Jordan.

The team which is under Group A will face Turkmenistan, defending champion Japan, host team Jordan, and Syria.

On Oct. 1, 2022, the young Pinoys ‘will face Turkmenistan at the Prince Mohammad Stadium, and Japan on Oct. 3. Their third match will be against the Jordanians on Oct. 5, while their final group stage match will be versus Syria on Oct. 9.

The 10 group winners along with the six best second-placed teams in each group will advance to the final round in 2023.

The team’s head coach is Reiji Hirata of Japan who also heads of the youth development program of the Philippine Football Federation (PFF).

Helping him on the sidelines is Cebuano veteran football coach Glenn Ramos who also coached the Central Visayas Football Association (CVFA) U-19 team that finished as runner-up in the PFF U-19 VisMin National Group Stage tournament in Zamboanga last month.

Most recently, the PFF’s Under-19 squad campaigned in the AFC U20 Asian Cup 2023 qualifiers in Oman, earlier this month. They finished their campaign with a single win against Afghanistan but were still eliminated from the tournament due to their successive losses in their previous matches.         /rcg