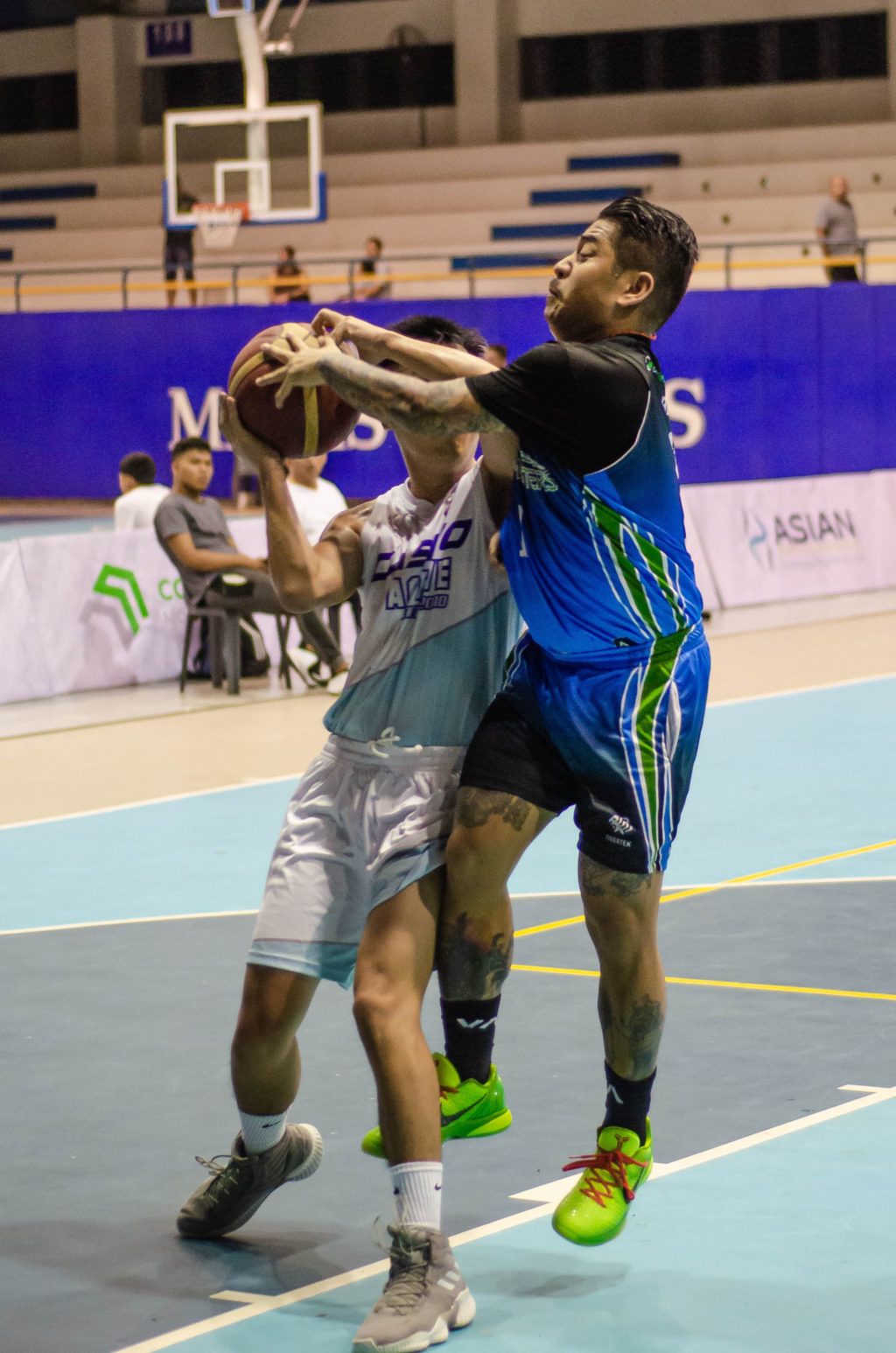 Batch 2003’s Carlo Cecil Alerta (in blue jersey) battles for a rebound against a player from Batch 2010 during their SHAABAA Season 25 game on September 28, 2022. | Photo from SHAABAA

Batch 2003 capped off their elimination round campaign with a resounding success by winning all eight scheduled games, earning the top seed of the playoffs.

They would likely face Bad Boys Wingz-Batch 2007 which is currently positioned at the No. 4 spot for the crossover playoffs. Batch 2007, which holds a record of four wins and three defeats only has one game left to determine their final seeding for the playoffs which pits the top four teams in each division.

Meanwhile, Batch 2010 earned the No. 3 seed with a 5-3 (win-loss) slate despite losing to Batch 2003. They would likely face No. 2 seed Suprea Ready Mixed Concrete-Batch 2011, in the other playoff duel which kicks off next week.

Meanwhile, Joseph Zozobrado was the lone double-digit scorer for Batch 2010 after tallying 15 points with two rebounds, two steals, and one assist.

Joshua Balankig wasted his double-double outing of 33 points to go with 13 rebounds, eight assists, four steals, and one block as Batch 2019 bids farewell in the tournament.

It improved Batch 2001’s record to 5-2 (win-loss) at the No. 4 spot in the standings. Batch 1996 suffered their fifth defeat in seven games. Both teams have one remaining elimination round game.