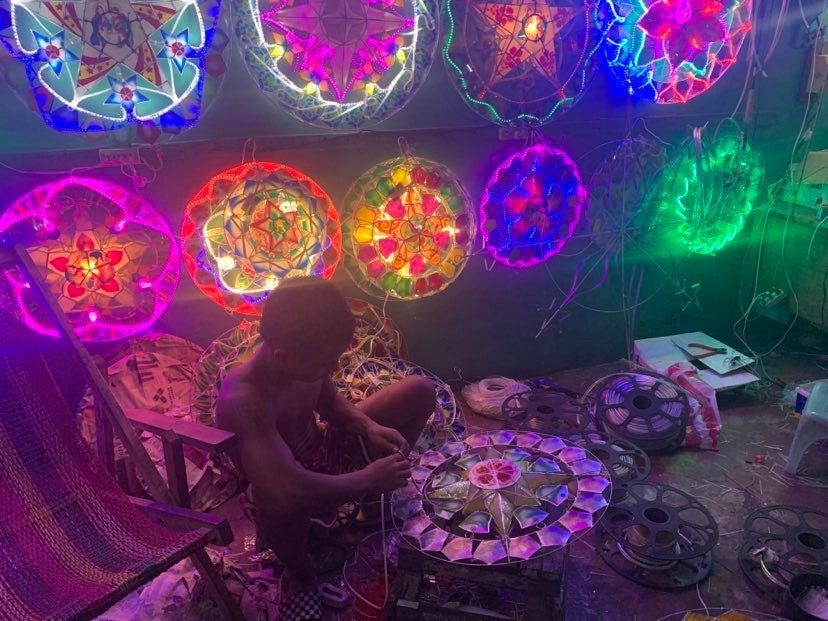 Colorful Christmas lanterns or parol for sale are displayed in a stall along N. Bacalso Avenue in Cebu City — a sign that Christmas is just around the corner. Wenilyn B. Sabalo

CEBU CITY, Philippines — The iconic “parol” or Christmas lanterns are unquestionably among the decorations that add cheer and brightness to the Christmas occasion.

True enough, for motorists and passersby along N. Bacalso Avenue in Cebu City, it was impossible not to notice and marvel at the sidewalk display of colorful lanterns, which comes in various colors, sizes, and designs.

This display belongs to the Bucad family, who have been visiting Cebu for the past 12 years to sell their handmade Christmas lanterns.

The majority of these lanterns are made in San Fernando, Pampanga, which is known as the country’s Christmas capital.

Birchman Bucad, who manages the parol store, told CDN Digital that it was his grandfather’s idea to venture and expand the family’s business here in Cebu in 2008.

After the latter passed away in 2010, the second generation, that of her father, and eventually, them, took over their family’s business.

As they do not have any relative here in Cebu, Bucad said they only rented a place along N. Bacalso yearly. They come to Cebu every first week of September and go home to Pampanga days before Christmas on December 25.

With the Cebuanos’ positive response on their craftsmanship, Bucad said they were able to open additional outlets in Cebu, including their stall in Barangay Mambaling, Cebu City.

(At first, we really found it difficult because we were not familiar with the place. Eventually, our customers increased. And our workers here also increased. When we started before, we only had eight, now we reached 20.) 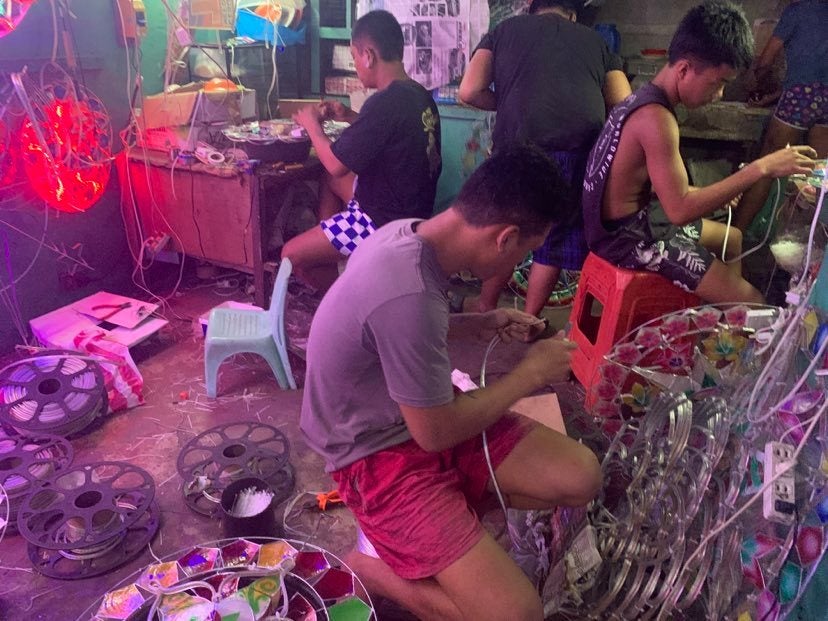 Birchman Bucad says that the Bucad family now employ 20 people to help them assemble the Christmas lanterns for sale her i Cebu. | Wenilyn B. Sabalo

Additionally, according to Bucad, the Cebuanos were among those who demonstrated that adversity would not stop them from celebrating Christmas, even in the face of the COVID-19 pandemic and Typhoon Odette’s devastation in December 2021.

After all, he said, the parol was a symbol of hope and a guiding light for the Filipinos. 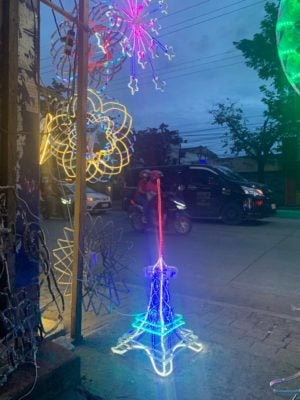 The Eiffel Tower lantern is one of the new designs of the Bucad Family that they display in their stall along N. Bacalso Avenue in Cebu City. | Wenilyn Sabalo

To keep up with the trends, Bucad said they would update their designs yearly.

As of now, the Bucad family has more than 10 designs available, including the Eiffel tower and poinsettia designs. They also customize designs for their clients.

Aside from these designs, he said they would also ensure safety in all of their lanterns and spend weeks even months in assembling them, including its electrical parts.

The price of their Christmas lanterns ranges from P800 to P8,500.

Over the years, he said, they have already sold their product to various business establishments and local government units here in Cebu, including the Talisay City government. 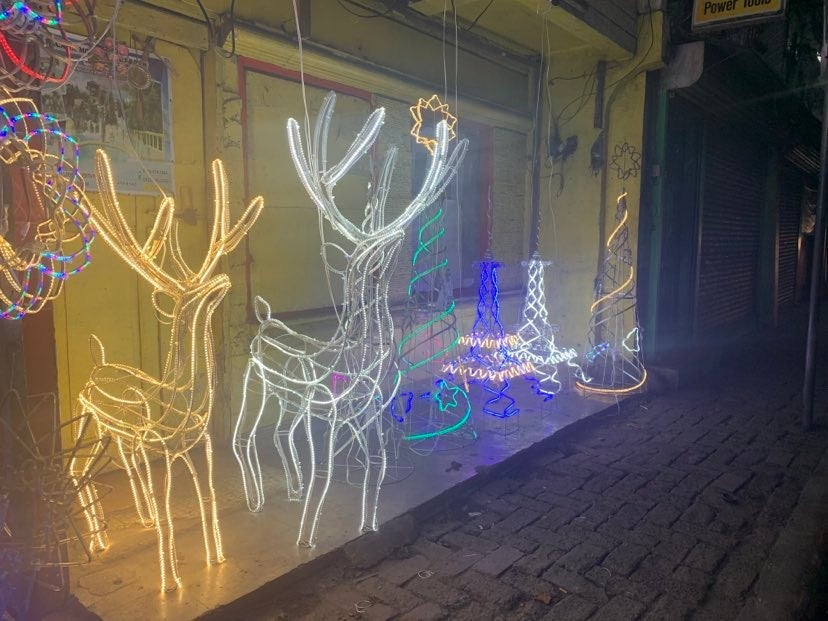 The Bucad Family from San Fernando, Pampanga says that they have already somehow gotten a foothold of the Cebuano market with regards to their Christmas lanterns that they sell here. | Wenilyn Sabalo

OCTA: It’s beginning to look like a better Christmas this year…