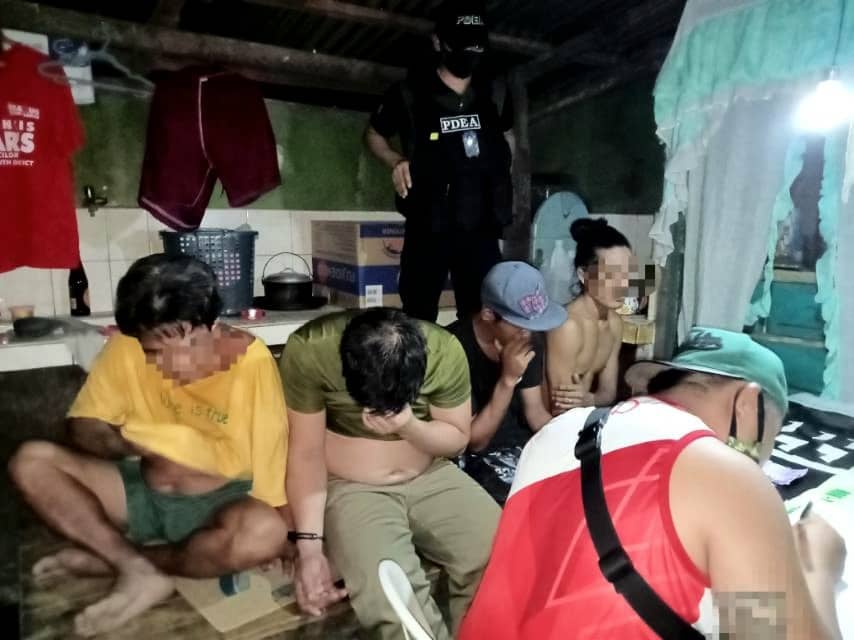 Four individuals were arrested during a buy-bust operation inside a drug den in Barangay Quiot, Cebu City, on Monday evening, October 3, 2022. | Photo courtesy of PDEA-7

CEBU CITY, Philippines — A total of 47 drug dens were already shut down in Central Visayas from January to October 3, 2022, anti-drug operatives revealed.

Alcantara said PDEA-7 operatives were able to shut down the operations of a drug den and arrested its alleged drug den maintainer, and three other suspected drug den visitors.

PDEA-7 also confiscated 10 grams of suspected shabu worth P68,000 during the buy-bust operation.

In her report, Alcantara said that it took at least three weeks before the operatives closed a transaction against the subject, Tiquel.

A tip from a concerned citizen made the arrest possible and stopped Tiquel from further distributing his items as he reportedly can dispose of at least 20 grams of ‘shabu’ per week.

The PDEA-7 has been intensifying its efforts in shutting down drug dens. In earlier reports, the agency disclosed that this is among its top priorities as drug dens are believed to be the breeding ground of criminals.