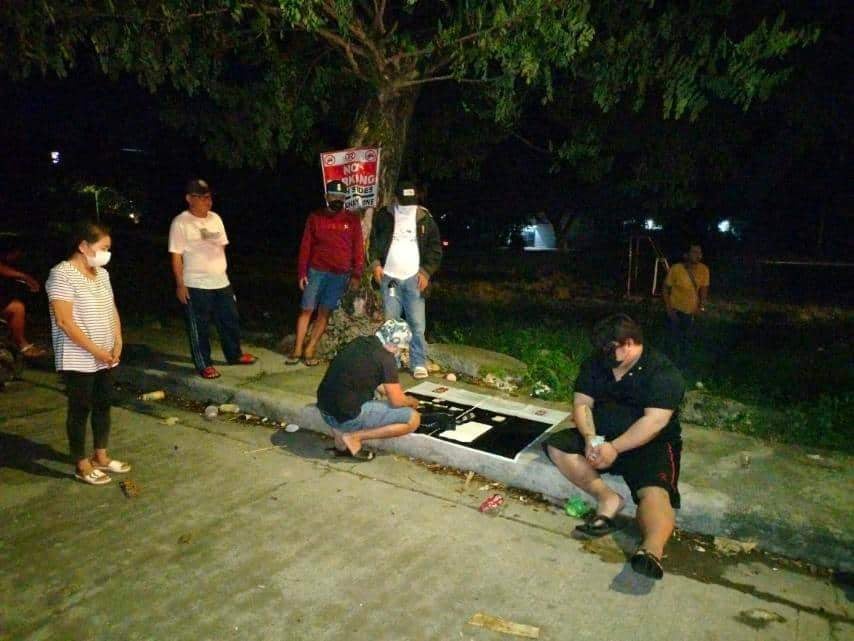 At least 50 grams of ‘shabu’ worth P340,000 were seized from a man during a buy-bust operation in Barangay Poblacion Oriental in Consolacion town, northern Cebu past 2 a.m. on Saturday, Oct. 8. | Photo courtesy of CPPO PDEU

Of the four operations, two men were arrested past 2 a.m. in a buy-bust operation in Sitio Luna, Barangay Lagtang in Talisay City.

Caballes said that the two men were previously jailed also for illegal drugs but were freed in July 2022. They are both under probation. The two allegedly returned and engaged again in illegal drug activity a few weeks after their release.

Cabuenas can allegedly dispose of at least five grams of suspected shabu in a week and deliver these to Barangays Lagtang and its neighboring villages reportedly through Jabellana’s help.

Caballes said that they have already identified the subject’s alleged source of illegal items and they have a pending follow-up operation against him as well.

Two hours after the Lagtang raid, another buy-bust operation was also carried out in Barangay Lawaan 1 resulting in the arrest of a certain Jhovanni Entienza, 30,  a resident of the said barangay. Talisay police seized 25 grams of shabu from the suspect.

Based on their background check,  the subject is under monitoring for three months. He allegedly started selling illegal drugs in January 2021.

Caballes disclosed that Entienza allegedly sourced out his illegal items from a certain Lando who is currently jailed at the Cebu City Jail. Entienza was reportedly introduced to Lando by a friend, a certain Kokoy.

Entienza can also dispose of at least 50 grams of suspected shabu in Barangays Lagtang, Lawaan 3, and Tabunok.

The three arrested individuals are currently detained at the detention facility of Talisay City Police Station.

Around 2:30 a.m., personnel of the Drug Enforcement Unit of the Cebu Police Provincial Office (CPPO), arrested Alvin Escalderon, 39, an ex-convict, and a resident of Barangay Talamban, Cebu City.

Police Major Joey Bicoy, chief of CPPO-DEU, said that they confiscated 50 grams of suspected shabu from Escalderon worth P340,000 in Barangay Poblacion Oriental this town.

Police confiscated more or less 25 grams of ‘shabu’ from the suspect worth P170,000.