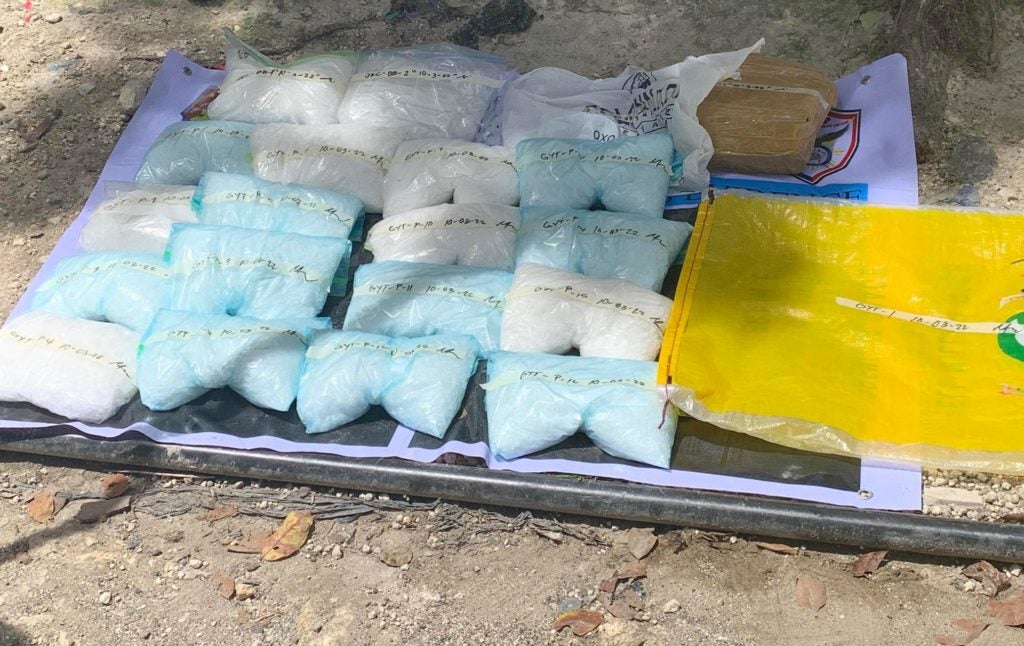 Some 18 kilos of suspected shabu with a market value of P122.4 million are confiscated by policemen during a buy-bust operation in Barangay Busay, Cebu City at past noon today, Oct. 3. | Contributed photo

The members of the PDEG-SOU-7 said that after closing the transaction of two kilos of suspected shabu, the suspect realized that he was transacting with a policeman, and he then turned and ran away as fast as he could from the policeman.

The policemen chased him but a habal-habal driver passed by, which the suspect flagged, jumped on the motorcycle, which then sped away from the area, and he made good his escape, said the members of the PDEG-SOU-7. The suspected drug dealer left behind his car where the drugs were found and escaped during the buy-bust operation in Barangay Busay, Cebu City today, Oct. 3. | Contributed photo

The policemen, however, said that the suspect left behind his car, a Toyota Innova, where they found a sack containing another estimated 16 kilos of suspected shabu.

The policemen also said that they were still investigating if the habal-habal driver was a cohort of the suspect or was just passing by and unknowingly picked up the suspect and helped him escape.

The policemen continue to conduct follow-up operation since they already identified the supplier, who was allegedly a member of a big drug syndicate.

As for the vehicle, it had no plate number on it and this will be turned over to the Land Transportation Office (LTO) so that they could identify its owner.