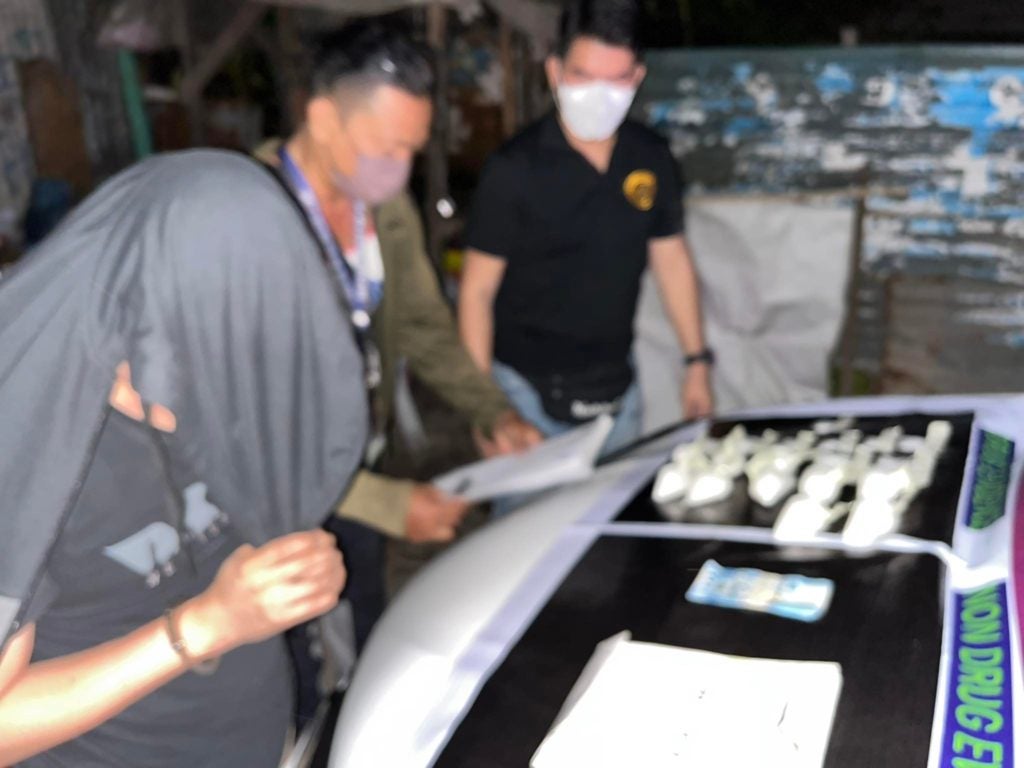 For 10,000 as a commission fee, this 32-year-old man was arrested after he engaged in selling ‘shabu’ worth P8.1 million in Barangay Lorega San Miguel in Cebu City on Sunday dawn, October 2, 2022. | contributed photo

Police said that Cortes had been listed as a high-value individual at the regional level.

He, however, could not recall the volume of drugs that he had delivered in the past. He further claimed that he only received P10,000 as a commission for every successful drug delivery.

For his part, Diaz said that since he assumed as the chief of Parian Police Station, they already received information about Cortes’ involvement in drugs.

They tried to conduct an operation against this suspect twice but they failed to close a transaction at that time.

Diaz said that Cortes could allegedly dispose of at least one kilo of ‘shabu’ per week in Talisay City, Minglanilla, and other barangays in Cebu City.

Cortes was detained at the Parian Police Station pending the filing of charges.