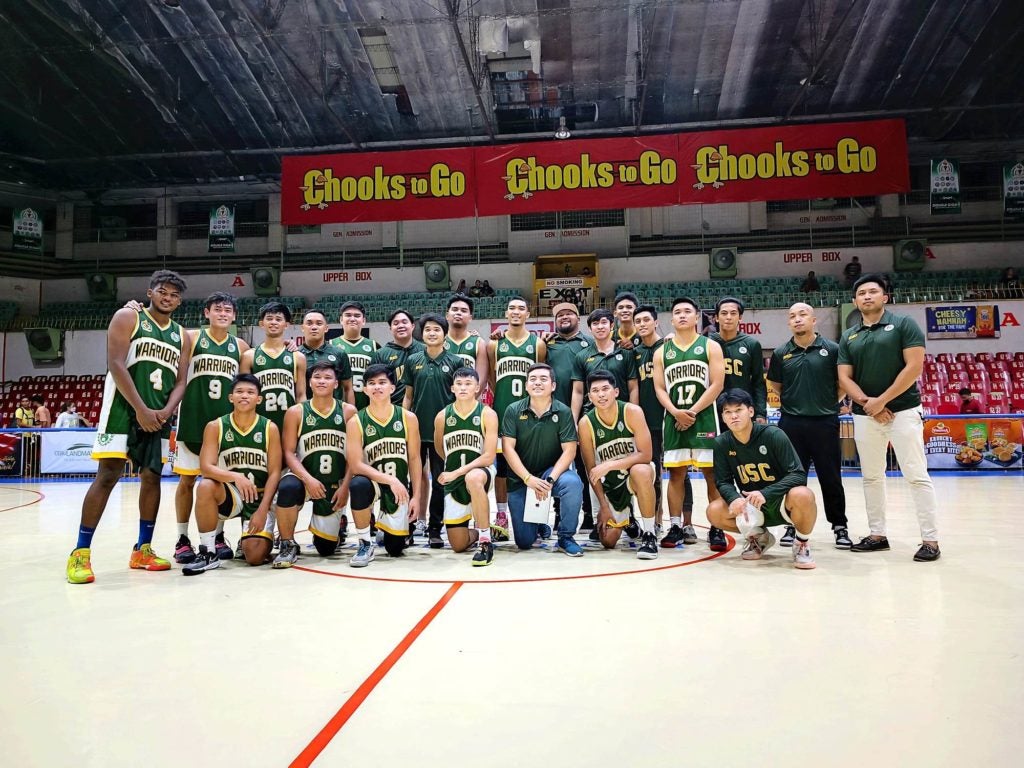 Stephen dela Paz scored 18 points while Froiland Mangubat and Jomari Ranuco added 14 each as the Warriors of  new coach Paul Joven recovered from a loss to the University of the Visayas and improved to 1-1 (win-loss).

Luigi Gabisan, who got fouled out in the final period, netted 16 points while Michael Diaz and Paul Galinato chipped in 13 and 10, respectively for the Webmasters, who dropped to a 0-2.

The Webmasters erected their biggest lead of 15 points, 53-38, in the third, mainly from Gabisan and Jhiey Paraldo’s scoring.

But the Warriors never gave up and capitalized on UC’s turnovers and forced shots.

Within a few minutes, the Warriors erased tied the game at 57-all after putting up a 19-4, run late in the third.

USC’s big man Real Aureo then scored a layup that put his team ahead, 60-57, heading into the final period.

Mangubat kickstarted the final period with a timely triple that further stretched the Warriors’ lead to six, 63-57.

But UC still fought back and even pulled themselves to within a one-possession ball game numerous times in the final period.

Galinato sank a triple with 2.1 seconds left that pulled UC to within 77-78, but time wasn’t on the side of the Webmasters.

USC eyes win No.2 by facing the Cebu Institute of Technology-University (CIT-U) Wildcats on Saturday, Oct. 22.  UC tries to end its skid by taking on the University of San Jose-Recoletos (USJ-R) Jaguars.

Your subscription could not be saved. Please try again.
Your subscription has been successful.
Read Next
Lapu’s CSWDO chief Abalos continues distributing cash aid despite being soaked in seawater when banca capsizes