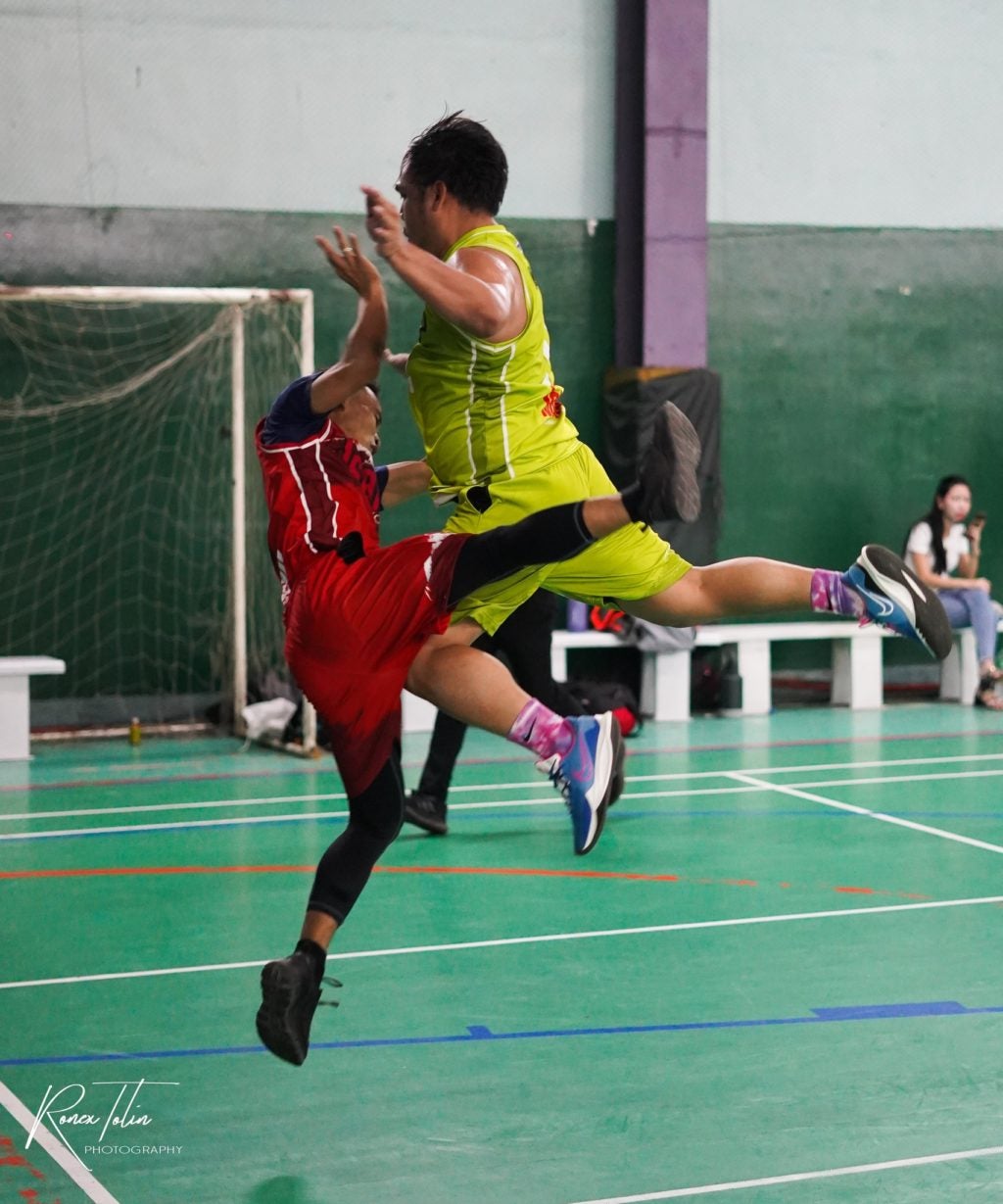 A player from Architects-DLL Life Paints (green jersey) and a player from Tex-a-Kote collided mid-air during their Architects + Engineers Basketball Club tournament: Island Paint Cup at the Metrosports gym on Thursday. | Photo from Ronex Tolin via Glendale Rosal

The Mechanical Engineers-A defeated the Civil Engineers-3 Equip, 48-40, to log their first win of the tournament after four games in Group A.

Dexter Estilloro scored 11 for the Civil Engineers-3, which suffered its first defeat in four games.

Kilvin Cinco exploded for 24 points for the Architects-Mactan Chapter, while Val Jordan Lisondra scored 13 for the losing squad.