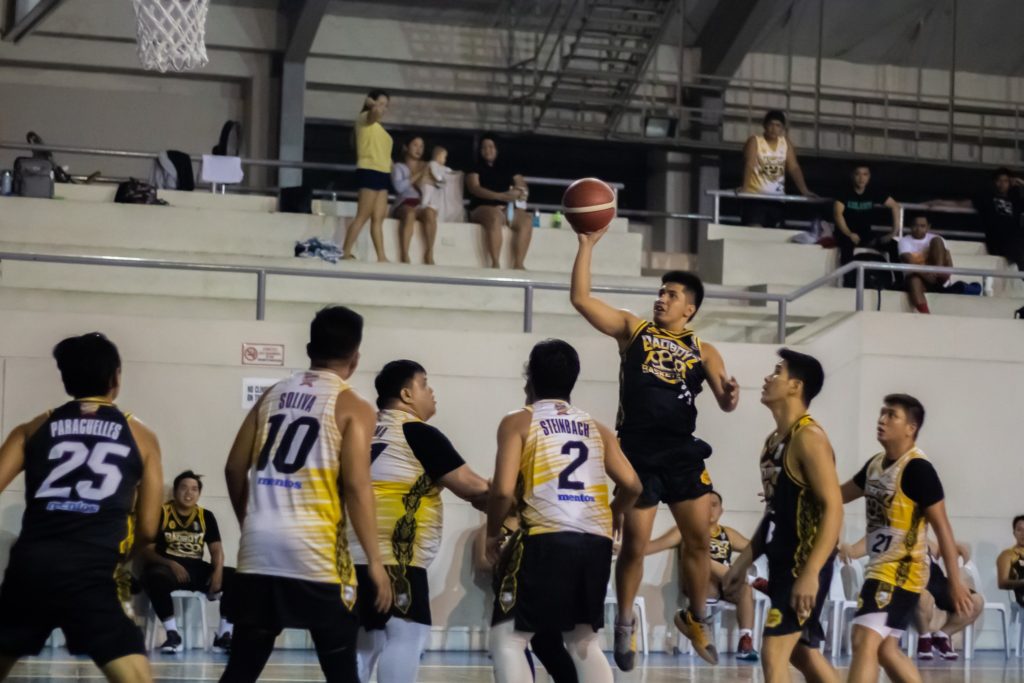 The top-seeded Dolphinz will take on the No. 4 team, the Panthers in their semifinals showdown at 6:30 PM.

The Dolphinz will have a twice-to-beat advantage over the Panthers after finishing the elimination round with a 7-3 (win-loss) record, while the latter has a 4-6 (win-loss) slate.

The Pandas finished second in the elimination round with a 6-4 (win-loss) card, while the Vipers trailed them at third with the same record, but with a lower points quotient.

Besides the much-awaited semifinals, the tournament will also have its awarding ceremonies for the best-performing players this season.

It will award the tournament’s back-to-back season “Most Valuable Player” Vernon Legaspi of the Dolphinz.

The league will also recognize its Mythical Five with Legaspi, Cabasan, Max Steinbach, John Rodrigo, and Steven Mendoza as awardees.