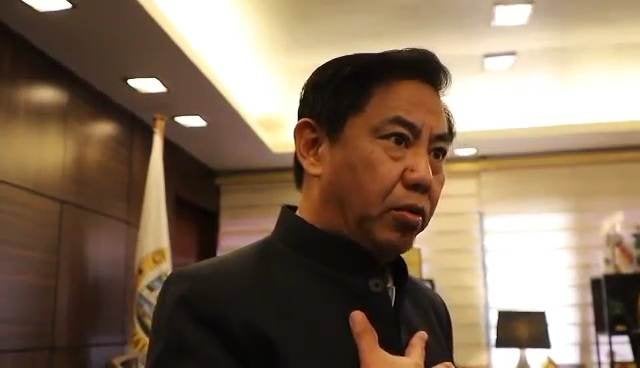 LAPU-LAPU CITY, Philippines — The Lapu-Lapu City Government will be replacing the CCTV cameras in schools that were damaged by Super Typhoon Odette in December last year.

Chan admitted that there were CCTV cameras in schools that were no longer functional and had not been replaced yet.

The mayor said that CCTV cameras are very vital, especially in identifying criminals and for the deterrence of criminal activities.

Aside from this, the city also has an existing ordinance requiring schools and other establishments to install CCTVs.

On Thursday evening, November 10, 2022, an 18-year-old guy was shot outside the Mactan National High School in Barangay Mactan, Lapu-Lapu City, after a gunman waited for him in the said place.

The victim was identified as Jason Gasta of Saac II, Barangay Buaya who was injured on his forehead. He managed to run inside the school to evade the suspect.

The suspect, who was identified as Hanzel Veliganio of Barangay Mactan, immediately fled the crime scene.

However, authorities were able to arrest Veliganio during a hot pursuit operation.

It was also observed that the area outside the school doesn’t have a CCTV camera.

Aside from this, it was also noticed that the school only has one security guard on duty.

The mayor said that he will look into these problems, especially since the city has already assigned additional security personnel to schools.

“Part mana sa atong program that the city government will provide a school guard,” he added.

Chan said that he will talk to the head of Mactan National High School and deploy a school guard there.         /rcg