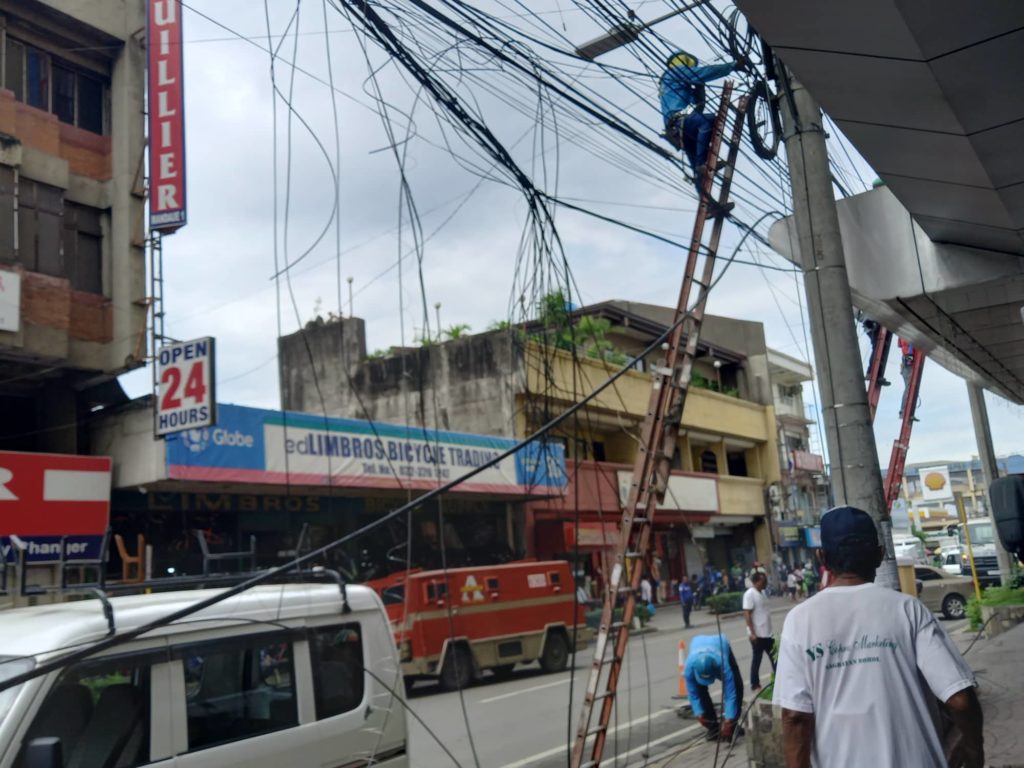 A wire clearing and bundling operation were conducted along A. Del Rosario St. in Barangay Centro,  on Wednesday, November 16.

MANDAUE CITY, Philippines — About 700 kilograms of “dead” wires were collected from the wire clearing and bundling operation of Mandaue City and telecommunication companies.

Engineer Marivic Cabigas, head of the Department of General Services (DGS) on Wednesday, November 16, said that 9 mini dumptrucks of dead wires were collected since the start of the operation in September wherein each truckload weighs about 75 kilograms.

Assistant City Administrator Architect Florentino Nimor said that dangling wires in the city’s major intersections that were blocking the view of CCTV cameras were already cleared and bundled.

Nimor said their operation will now focus on the streets located at the city’s core.

Nimor said they may ask the telecommunication companies to possibly provide additional personnel to expedite the clearing operation.

The city government is providing most of the infrastructure support when it comes to equipment and logistics with boom trucks and assistance to ensure there will be no obstruction during the operation.    /rcg