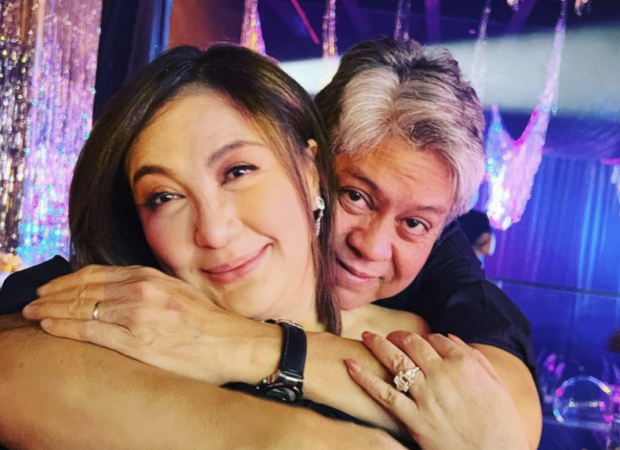 Sharon Cuneta disclosed that her marriage with former Senator Francis “Kiko” Pangilinan is now on the mend after their quarrel had dragged on for six months, with an admission that they thought it “would lead to a separation.”

The Megastar said this while showing themselves at the 18th birthday party of Yohan, daughter of fellow actors Judy Ann Santos and Ryan Agoncillo, via Cuneta’s Instagram page on Saturday, Nov. 19.

(We reconciled today after having been on a very long lovers’ quarrel since when I was still in the U.S. with Regine Velasquez. That is why we kept our distance from each other in my Korea-vlogs on YouTube.)

“[Akala] ko single na ako [ulit] next year,” she added in a separate post. (I thought I was going to be single again next year.)

During the Agoncillos’ party, Cuneta and Pangilinan were all smiles while the latter had his arms wrapped around the singer-actress. Cuneta did not immediately state what caused their spat.

“Reunited after a 6-month long L.Q. which we thought would lead to a separation,” she captioned her post.

Earlier, Cuneta appeared to be contemplating retirement from showbiz as she opened up on being “undeniably exhausted” at age 56.

Earlier this month, the Megastar also appealed for prayers for four of their family members who tested positive for COVID-19 after their Australia trip.