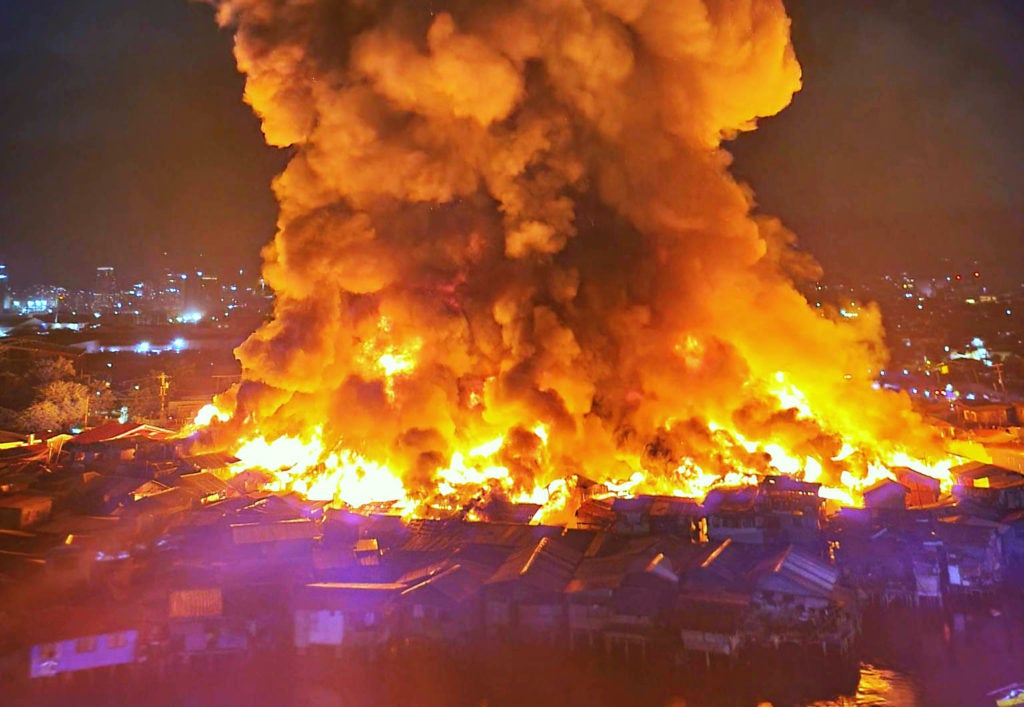 CEBU CITY, Philippines—The owner of the house where the massive fire in Brgy. Looc, Mandaue City allegedly started denied allegations that the incident was intentional.

The fire that hit a densely populated area in Sitio Paradise late Tuesday night, November 22, 2022, and burned down at least 250 houses reportedly started at the house of a certain Reynaldo Devilleres, based on initial findings from fire investigators.

(It was not intentional. It was an accident. That’s the truth. I’ve been living there for quite some time now, why would I intentionally start a fire?)

Devilleres said that the gas lamp he had been using in his house may have tipped over while he was sleeping and started the fire.

Since his residence had no electricity, Devilleres had been relying on his gas lamp for light at night. But he said that he placed the lamp far away from his bed to avoid hitting it.

(I fell asleep. When I woke up, the fire was already huge.)

When the fire spread, Devilleres said he had no choice but to jump out of the window.

(If I didn’t jump out, I would have been charred inside the room.)

Police Major John Libres, the chief of the Opao Police Station, said that they are holding Devilleres because of allegations of some of the residents that he intentionally started the fire.

Libres said that investigators are still looking for witnesses to prove that Devilleres indeed started the fire in his house.

Libres also said that Devilleres asked to stay at the station temporarily because he was afraid of what fellow residents might do to him if he went back to Sitio  Paradise.

Although he said it was an accident, Devilleres still apologized to all those who were affected by the fire.

As of 10:30 a.m. on Wednesday, the Mandaue City Government said at least 601 families, or 2,291 individuals, including Devilleres, lost their homes in the fire.

Fire investigators, in the meantime, have yet to disclose the official cause of the fire.

Meanwhile, Mandaue City Mayor Jonas Cortes promised to victims of the fire that hit Sitio Paradise in Barangay Looc that they can still return and build their houses in the area.

The city council is also set to conduct an emergency meeting to discuss financial assistance for the fire victims.