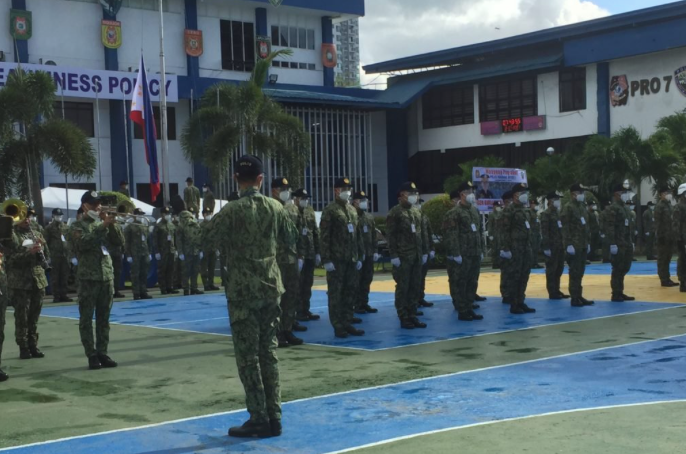 CEBU CITY, Philippines — Policemen in Central Visayas can do their jobs in the war against drugs without any casualties as shown in the latest data of arrests of high-value individuals in the last three months in the region.

Alba was referring to the latest PNP national headquarters data of HVI arrests in the past three months where out of the 1,531 HVIs arrested, 250 of this number were done by the PRO-7 policemen.

Alba said that having that many arrests of HVIs showed that police in the region could do their job with no casualties, but this would not be a guarantee that no deaths could happen in future arrests.

Alba said that this would be because armed confrontations would be expected during police operations, and policemen would have to shoot to protect their lives against those criminals whose intention would be to kill the lawmen.

The PRO-7 policemen’s doing their jobs by arresting HVI’s without any casualties was in line with the “Life is beautiful” slogan of PNP chief, Police General Rodolfo Azurin.

Alba said that they were aligning with this strategic direction of Azurin emphasizing that the rule of law and the basic human rights must be upheld.

In a previous report, Alba said that with their operations against drugs, they did not note any deaths resulting from armed confrontations.

READ: No deaths in anti-illegal drug operations in Central Visayas within a month

When asked if this would mean that there would be fewer killings and more apprehensions, Alba said that the interpretation would depend on one’s perspective, but for them, they would respect human rights and that they would exercise diligence in all their operations.

“Depende sa perspective mo. Basta yung sa amin, we are aligned with the strategic direction of the PNP and always on the side of respecting the basic human rights and upholding the human rule of law,” said the PRO-7 chief.

(It will be depend on your perspective. But for us, we are aligned with the strategic direction of the PNP and always on the side of respecting the basic human rights and upholding the human rule of law.)

CDN asked a few individuals about how they see or their reaction about the PNP chief’s slogan of “Life is beautiful” amid the illegal drugs campaign of the police.

(Life is beautiful if we can live our lives safely. We can walk safely where we won’t have to worry about what will happen to us if we are walking alone in our streets and then our surroundings are peaceful. And that’s why we need the police force to perform their duties with all honesty and integrity.)

(If our policemen would serve us well, then we can really feel safe and there will be order in the way we live. And how their tagline changes my perception of them? Maybe, close to none. Because my perception of the police would only change if I can see them doing true service to the public. In other words, let their actions speak for themselves.)

Another Cebu City resident, a 25-year-old female BPO worker, who also asked that she not be named, said she would equate the “Life is beautiful” slogan with being safe in the neighborhood.

“Life is beautiful if I feel safe and free in my neighborhood and community, and safety and freedom can only be felt and enjoyed if there is true peace. That is, a peaceful community free of drug addicts, thieves, rapists, or others that may bring me harm and threat,” she said.

(Life is beautful if I feel safe and free in my neighborhood and community, and safety and freedom can only be felt and enjoyed if there is true peace. That is, a peaceful community free of drug addicts, thieves, rapists or others that may bring me harm and threat.)

Killing criminals will only spare them from jail time, says PNP chief