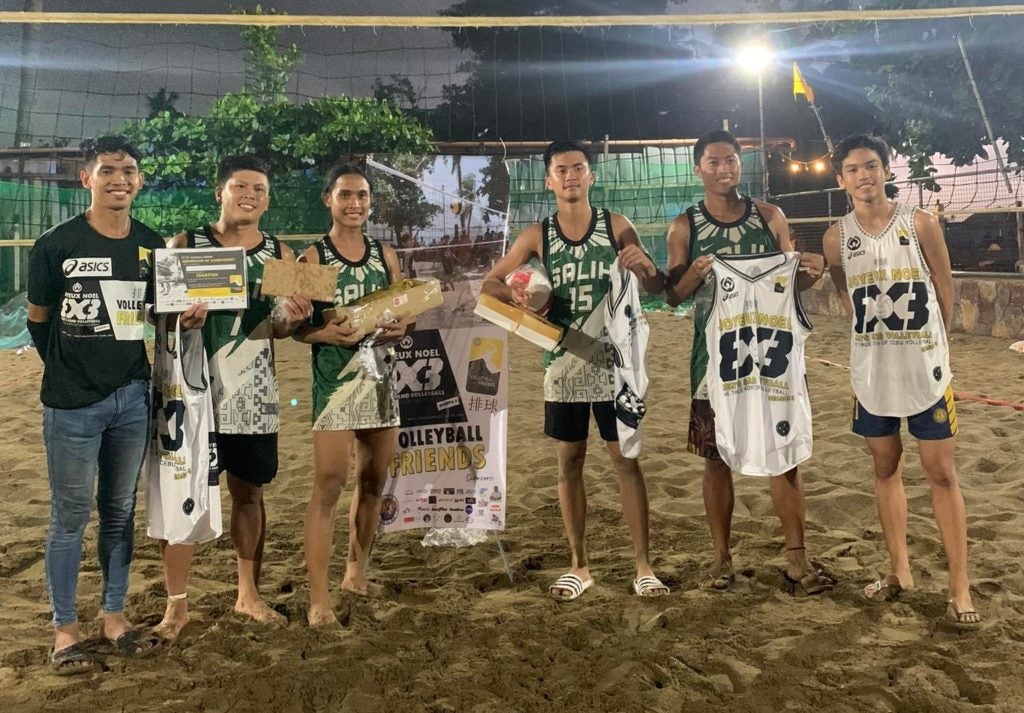 Team Salih edged MJC All-Stars, 31-19, to clinch the crown of the tournament that fielded in a total of 12 teams.

Besides winning the title, Team Salih netted four individual awards headed by Dominique Gabito, who bagged the “Most Valuable Player” and the “Best Blocker” plums of the tournament.

Rommel Pepito was named the tournament’s “Best Spiker,” while Arisa Fernandez was the “Best Receiver.”

Tournament organizer Calvin Cempron is already planning a bigger tournament, an inter-island competition, for next year.

They are planning to invite teams from Cebu City, Cebu Province, Bohol, Siquijor, and Negros to compete in their unique 3×3 beach volleyball tilt.

“No words can describe how happy I am that we are gathered for a sport that is so dear to all of us and what better way to greet everyone happy holidays but to give you this Joyeux Noel volleyball tournament once again,” said Cempron.

Their next tournament is tentatively slated for the summer of 2023.