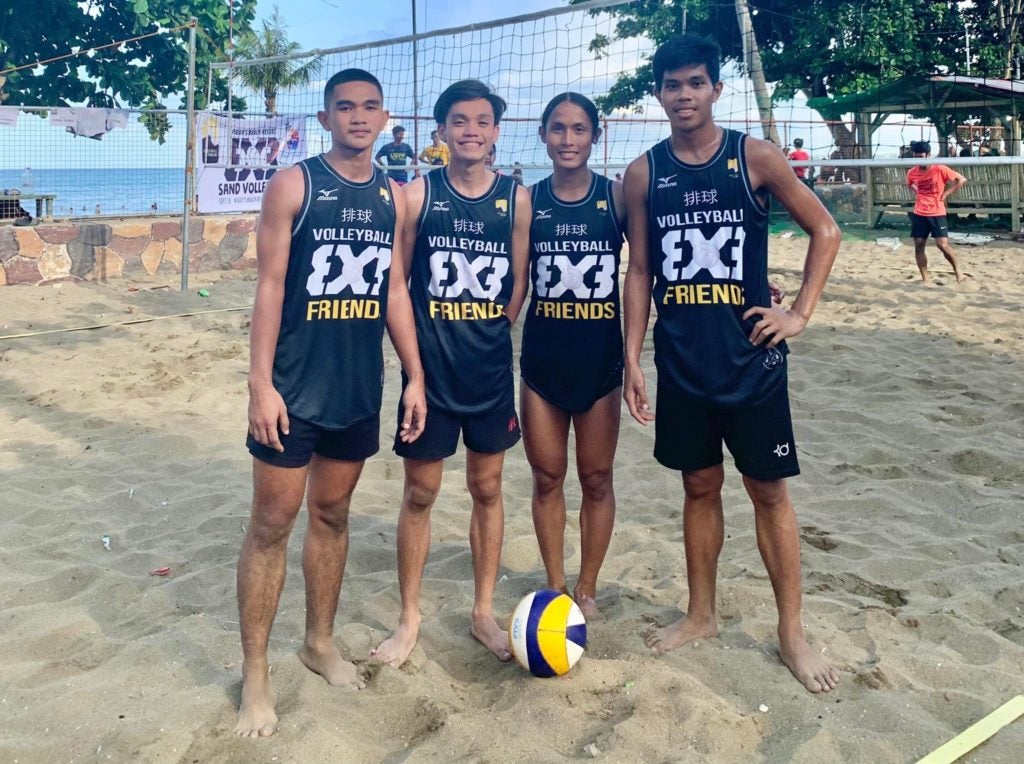 They topped the 12-team tournament with participants coming from various parts of Cebu. They bested Team Salih, 31-29, in their tightly-contested finals match.

“We have a very exciting team comprised of young and experienced players who competed in the tournament. We were ready to conquer the sands for this tournament,” said Esgana who was named the tournament “Most Valuable Player” and “Best Blocker.”

Ceballos was named the Best Server.

On the other hand, the Mandaue City Comprehensive National High School captured the third spot after beating Team Laban.

According to the tournament director Calvin Cempron, they are optimistic that their tournament last Sunday will reignite the Cebuanos’ passion for beach volleyball, especially in their area.

“There is a different kind of joy seeing everyone playing this sport and making new friendships,” said Cempron.

Like all sports events in Cebu, Wiggy’s Beach Resort which regularly hosts beach volleyball tournaments was also badly affected by the COVID-19 pandemic.

Thus, the beach resort’s administrator Eric Malazarte was delighted to see action again last Sunday after the long hiatus. Cempron and Malazarte are eyeing making the event an annual competition.

“We haven’t seen players compete here for quite some time and we want to bring back the action to the sand court after several years of inactivity,” Malazarte concluded.  /rcg

Why is a beach trip always a good idea?