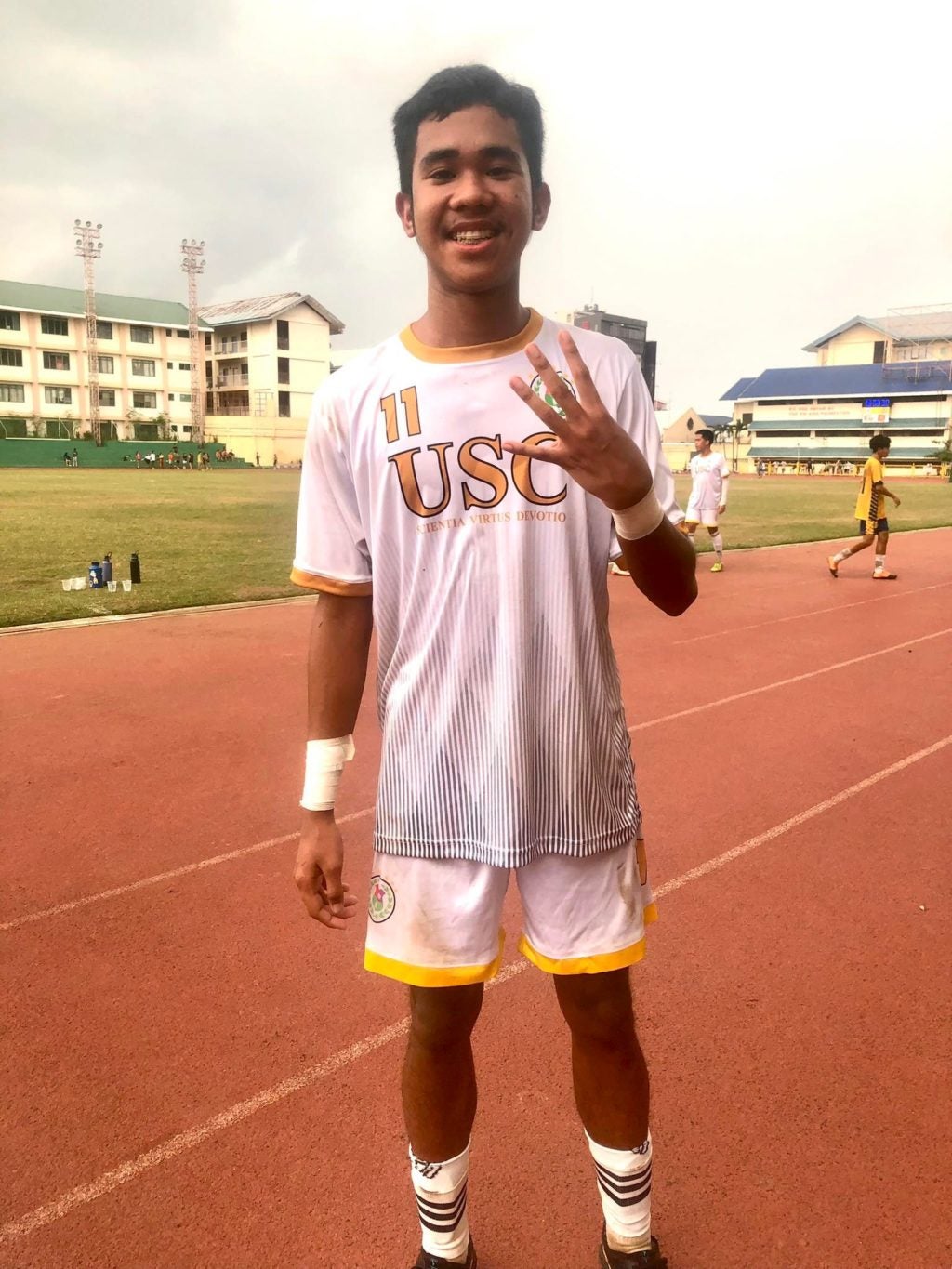 Areli Acuin Gaspe of USC is the Man of the Match for USC in the game against USP-F, after he led the USC team to a 3-0 victory over USP-F on Nov. 30 Cesafi men’s football game at the Cebu City Sports Center. | Contributed photo

It was a fitting comeback for USC Warriors following their Nov. 26 loss against the University of San Jose-Recoletos (USJ-R) Jaguars, 1-2, at the same venue.

The highly-reliable Areli Acuin Gaspe delivered another stellar performance for USC Warriors after scoring a brace or two goals, while John Sinoy converted one goal for their team’s lopsided victory.

With the victory, USC Warriors cemented its position at the No. 2 spot with eight points from two wins, two draws, and one defeat, behind USJ-R Jaguars with 10 points (3 wins, one draw).

Meanwhile, USP-F Panthers suffered its fourth defeat in five matches, with only a single win in hand after their match against USC Warriors. They are now at the bottom of the team standings in the four-team league.

USC Warriors didn’t score a goal until the second half when Gaspe tallied his first goal at the 55th minute, followed by Sinoy’s 58th minute goal. Gaspe put the icing on the cake with a 67th minute goal for USC and earn the “Man of the Match” honors afterwards.

In the secondary division, the Sacred Heart School-Ateneo de Cebu (SHS-AdC) and USJ-R settled for a 0-0 draw in their match.

With the result, SHS-AdC remained as the No. 2 team in the secondary division with one win, three draws, and one loss for six points, behind the unbeaten Don Bosco Technology Center (DBTC) with a 5-0 (win-loss) record. USJ-R is at third with four points, followed by USC with two points.

Despite the draw, SHS-AdC’s Jacob Wayne Almendras and Nathan Khail Lingatong were named as the best players of the match.