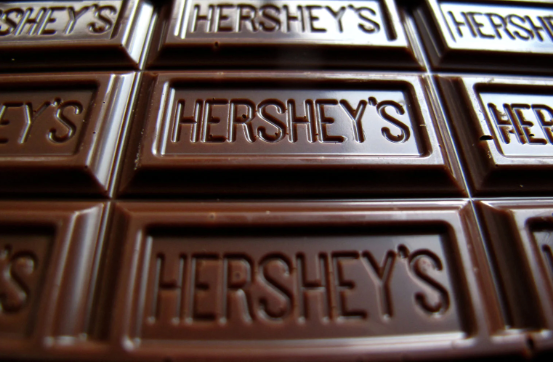 NEW YORK — Hershey Co has been sued by a consumer who accused the company of selling dark chocolate that contains harmful levels of lead and cadmium.

In a proposed class action filed on Wednesday, Christopher Lazazzaro said he would not have bought or would have paid less for Hershey’s Special Dark Mildly Sweet Chocolate, Lily’s Extra Dark Chocolate 70% Cocoa and Lily’s Extreme Dark Chocolate 85% Cocoa had Hershey disclosed their metals content.

Hershey did not immediately respond on Thursday to requests for comment on the lawsuit, which was filed in the federal court in Central Islip, New York.

Some studies suggest that the antioxidants and relatively low levels of sugar in dark chocolate could help prevent cardiovascular disease.

The magazine said that while all 28 contained the heavy metals, 23 including chocolate from Dove, Godiva, Lindt and Trader Joe’s contained potentially harmful levels of lead, cadmium or both for people who eat one ounce of chocolate a day.

Lazazzaro said reasonable consumers would be turned off by such levels because they pose a “serious health risk,” and that consumers rely on Hershey to be truthful about ingredients in its products.

The lawsuit seeks at least $5 million of damages, including at least $500 per transaction under New York law.

Lazazzaro’s lawyers did not immediately respond to requests for comment, including as to whether other lawsuits are planned.