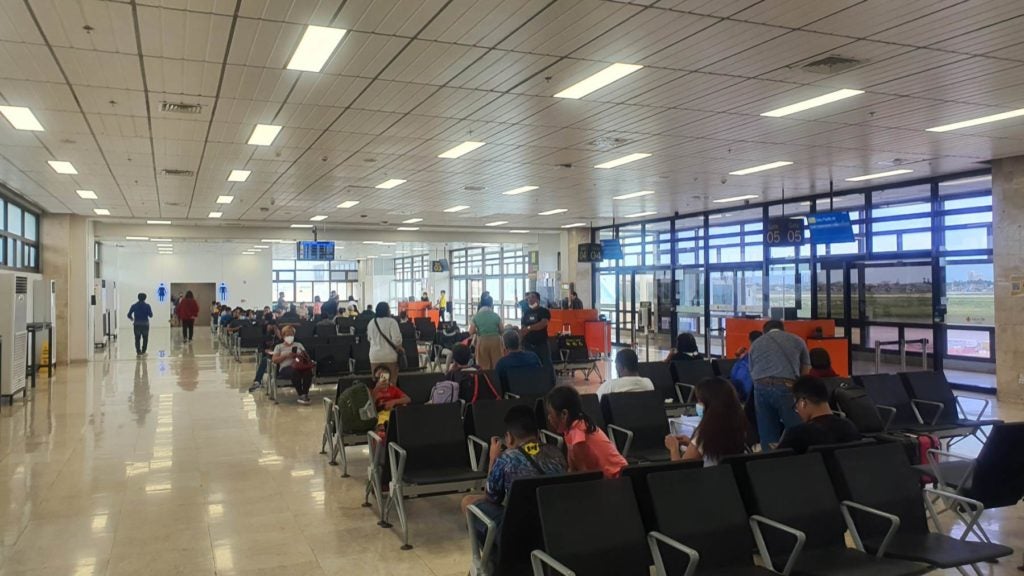 Passengers wait for their flight announcements at Terminal 1 of the Mactan-Cebu International Airport (MCIA) on January 2, 2023. | Photo from GMCAC

CEBU CITY, Philippines – Since Monday, January 2, 2023, operations at the Mactan-Cebu International Airport (MCIA) have returned to normal a day after a glitch in air traffic control and management paralyzed the country’s airspace, airport authorities said.

However, GMCAC reported that they estimated around 10,000 passengers have been affected following the incident that prompted airlines to cancel or postpone flights in and out of Cebu.

MCIA, the country’s second-busiest gateway, caters to an average of 15,000 passengers per day.

Over 240 flights, more than 56,000 passengers, and other airports like MCIA have been affected by the technical error, according to the Department of Transportation (DOTr).

Transportation Secretary Jaime Bautista and Capt. Manuel Tamayo, Director General of the Civil Aviation Authority of the Philippines (CAAP), pointed to power supply failure as the cause. With reports from INQUIRER.net