Climate protest not a crime, Greta Thunberg says after detention 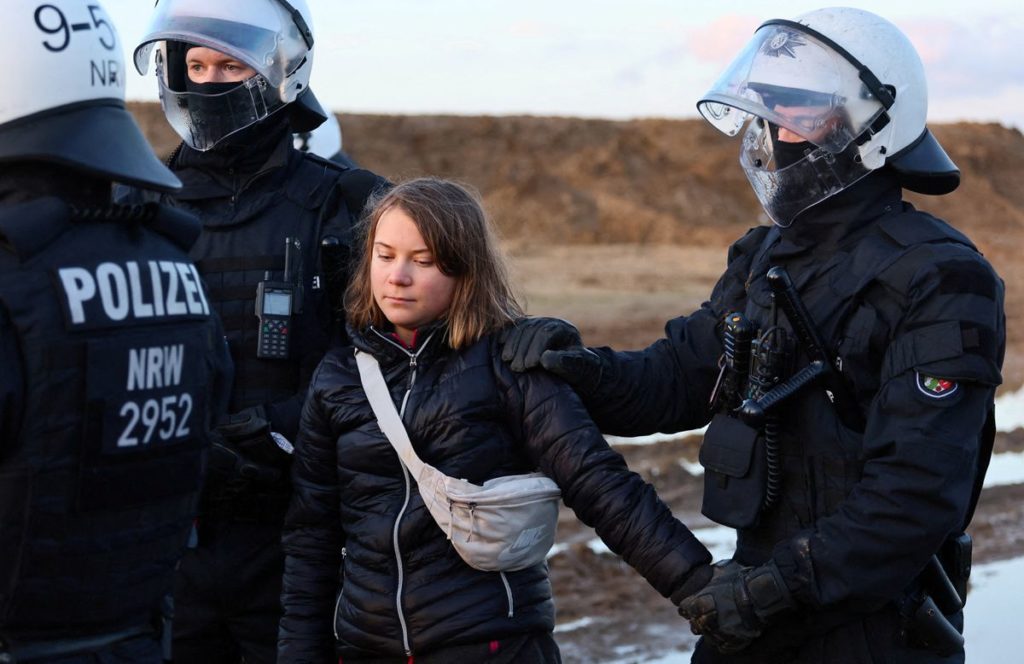 Police officers detain climate activist Greta Thunberg on the day of a protest against the expansion of the Garzweiler open-cast lignite mine of Germany’s utility RWE to Luetzerath, in Germany, January 17, 2023 that has highlighted tensions over Germany’s climate policy during an energy crisis. REUTERS/Wolfgang Rattay/File Photo

LUETZERATH, Germany – Environmental activist Greta Thunberg swiftly resumed campaigning on Wednesday after she was briefly detained in Germany during a protest against a coal mine expansion, tweeting that protecting the climate was not a crime.

“Yesterday I was part of a group that peacefully protested the expansion of a coal mine in Germany. We were kettled by police and then detained but were let go later that evening,” tweeted Thunberg, whose whereabouts are unclear.

“Climate protection is not a crime.”

She was detained with other activists demonstrating against the demolition of the village of Luetzerath to make way for the expansion of an opencast coal mine owned by RWE.

Thunberg was carried away by three police officers and held by one arm at a spot away from the edge of the mine and escorted back towards police vans. She was released later in the evening.

She has described the mine’s expansion as a betrayal of present and future generations and accused Germany of being one of the biggest polluters in the world.

The protest has highlighted growing tensions over Berlin’s climate policy with environmentalists arguing that climate goals are being neglected with a return to dirtier fuels during an energy crisis caused by Russia’s invasion of Ukraine.

Read Next
Crying over onions