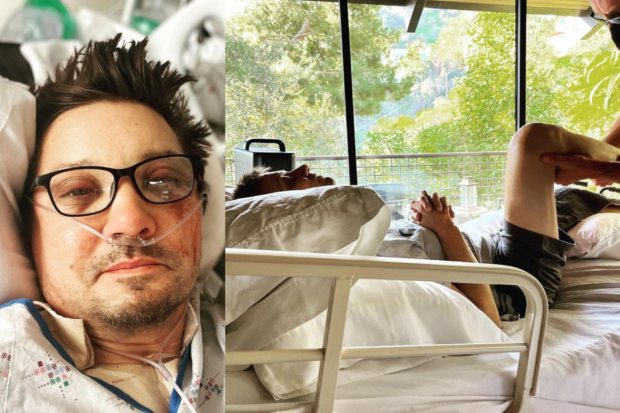 Marvel actor Jeremy Renner revealed that he broke over 30 bones after sustaining serious injuries in a snow plow accident earlier this month.

Renner, known for his role as Hawkeye in the Marvel Cinematic Universe (MCU), expressed his gratitude for the fans’ supportive messages during his recovery, as he gave an update about his current health condition.

“Morning workouts, resolutions all changed this particular [New Year] Spawned from tragedy for my entire family, and quickly focused into uniting actionable love. I want to thank EVERYONE for their messages and thoughtfulness for my family and I. Much love and appreciation to you all” he said.

Renner also said that his “30 plus broken bones” will eventually recover in the post.

“These 30 plus broken bones will mend, grow stronger, just like the love and bond with family and friends deepens. Love and blessings to you all,” he added.

“[You’re] a champion mate! We love you,” Hemsworth wrote.

“That’s one tough mf’er. Has anyone even checked on the snowcat??? Sending so much love [red heart emoji],” said Evans. 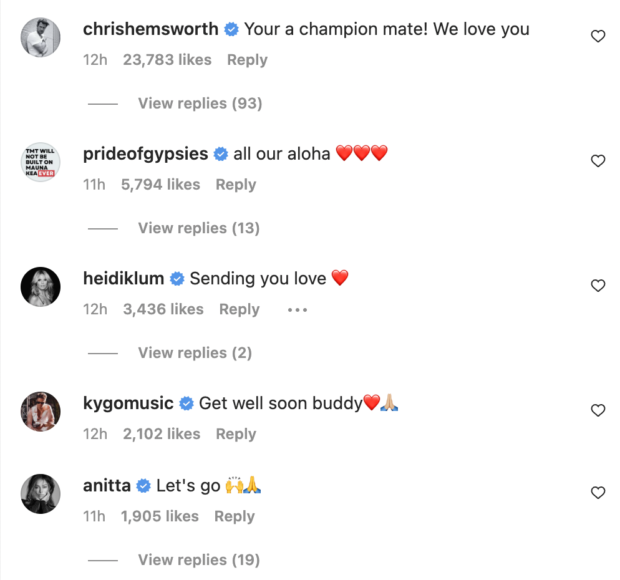 Renner sustained the injuries after he was ran over by a wayward snow plow in Lake Tahoe in Nevada, U.S. last Jan. 1 during a family holiday when The Avengers’ Hawkeye had to rescue a family member who was stuck in three feet-thick snow near his home using the vehicle to break the snow out.

The Mayor of Kingstown star was earlier reported to have suffered “blunt chest trauma and orthopedic injuries” that landed him in a “stable but critical condition,” and which  required him to undergo two surgeries.