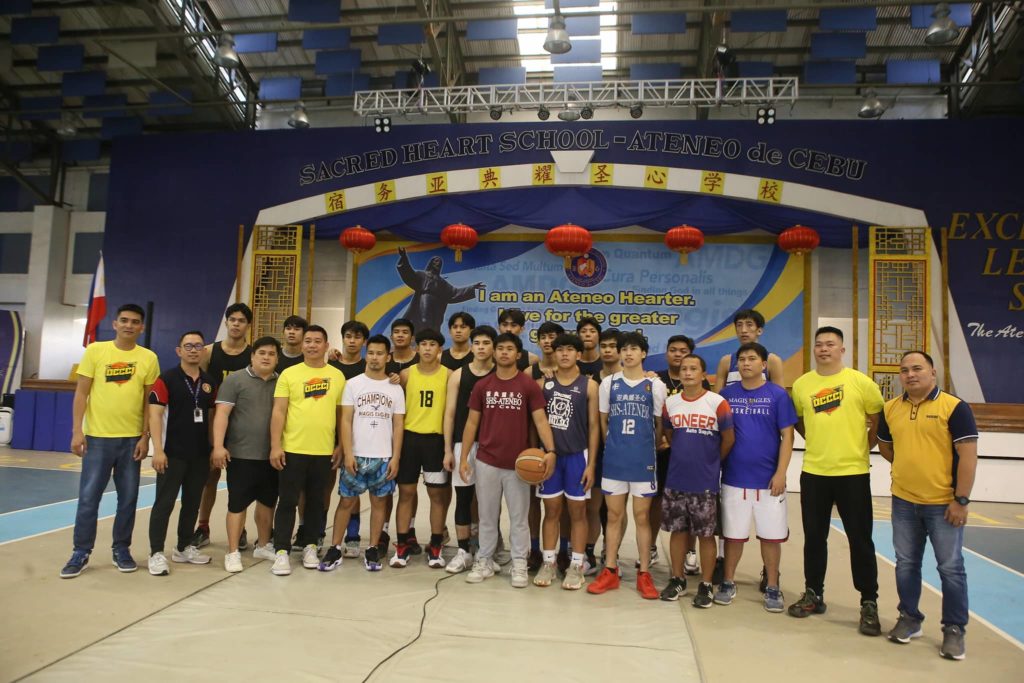 OCCCI D-League Inter-School Invitational Basketball Tournament officials, along with the SHS-AdC team members and coaching staff gather for a group photo to formalize the  exhibition match between the Magis Eagles and OCCCI All-Stars in Ormoc City on February 4-5, 2023. | Photo from Sugbuanong Kodaker

According to Hinay, their pre-season finale will be highlighted by the exhibition match between the Magis Eagles and the OCCCI all-star selection.

The Magis Eagles beat the City of Bogo Science and Arts Academy (CBSAA), 2-0, in their best-of-three finals series in Cesafi last December to defend their high school basketball title.

Reigning finals MVP Jared Bahay will lead the Magis Eagles in taking on the OCCCI all-stars.