It was a wedding fit for royalty.

After being in a relationship for five years, actor Dingdong Dantes and actress Marian Rivera got married in a “Spanish
romance”-themed wedding held at the Immaculate Conception Cathedral in Cubao, Quezon City Tuesday afternoon.

Dubbed by the couple’s home network GMA-7 as “Kapuso Primetime Royal Wedding,” the grandiose wedding was officiated by Cubao Archbishop Honesto Ongtioco, along with eight bishops and seven priests.

At 4:10 p.m, Dantes and Rivera were pronounced as husband and wife. The couple then sealed their marriage with a kiss that lasted for eight seconds. 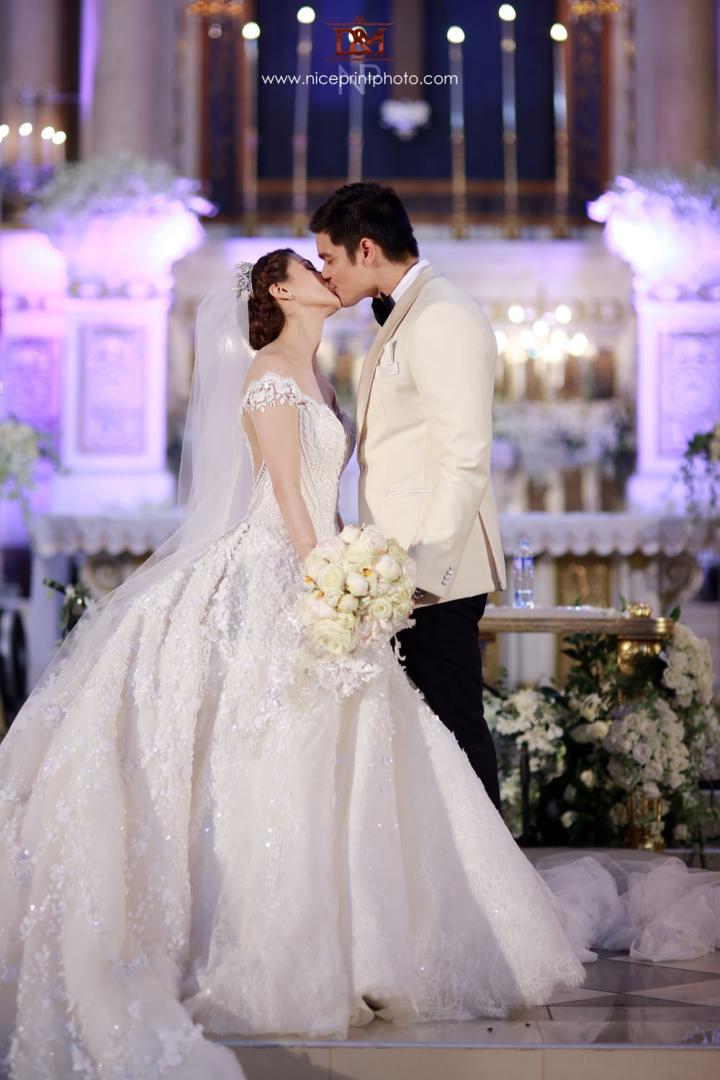 Sealed with a kiss

President Benigno Aquino III took time off his busy schedule to attend the wedding of Dantes, whom he appointed as commissioner-at-large for the National Youth Commission, as the couple’s “witness of honor.” Dantes’ brother, Jose Angelo served as one of his best men while celebrities Ana Feleo and Roxanne Barcelo were among Rivera’s maids of honor.

The romance between the two blossomed after they were first paired onscreen in the local adaptation of the Mexican telenovela hit “Marimar.” Dantes proposed twice to Rivera: first in 2012 in Macau and the second time was last August when he asked for her hand on live television.

Well-wishes poured for the celebrity couple on social media, with the #DongYanWedding topping the worldwide trends on Twitter.

The reception for 1,000 was held at the Mall of Asia Arena.