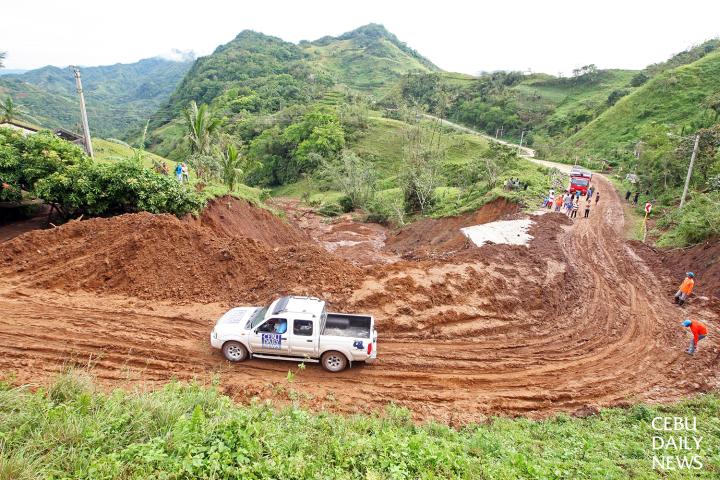 Motorists have to take a muddy route to get to the other end of the road in the Transcentral Highway where a portion in barangay Gaas, Balamban town collapsed during typhoon Seniang. One lane is passable for ‘controlled traffic’, (CDN PHOTO/ TONEE DESPOJO)

Part of the Transcentral Highway which caved in last December 29 during typhoon Seniang will need “realignment” to avoid the damaged portion.

Engineers of the Department of Public Works and Highways in Central Visayas (DPWH-7) proposed to open two new alignments in Balamban town which will be  identified next week.

“It was found out that there is underground seepage in the damaged area,” said DPWH 7 Regional Director Ador Canlas.

Using the existing road portion in barangay Gaas, Balamban   is dangerous because the soil will continue to erode, he said.

Landslides occur from time to time in the Transcentral Highway, a winding mountain road that connects Cebu City to the west coast in Balamban.

“Controlled traffic”  still  passes through one lane of the road, he said, as personnel from the DPWH  and Balamban monitor  the  situation.