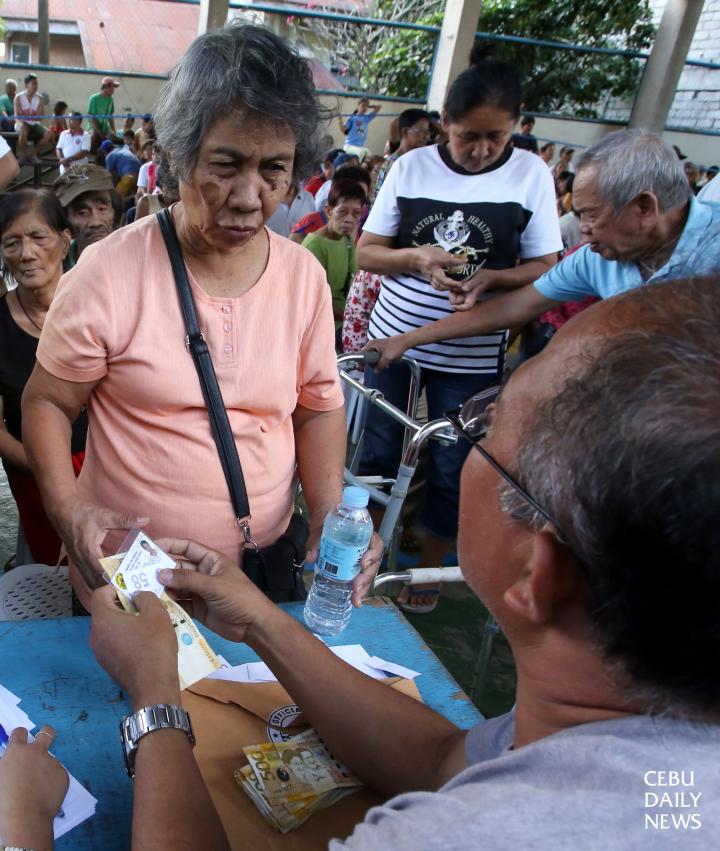 A senior citizen is asking the office of Deputy Ombudsman for the Visayas to conduct a fact finding investigation on the failure of Cebu City Mayor Michael Rama and acting city treasurer Diwa Cuevas to release in full the 2014 cash assistance of senior citizens.

Lawyer Reymelio Delute, also wanted the investigation on the use of the Cebu City Medical Center (CCMC) trust fund for the release of the P3,000 cash assistance on December 21, 2014.

If proven that Rama and Cuevas “breached the law or laws, rules and regulations,” Delute said, appropriate disciplinary actions that would include the filing of administrative and criminal complaints should be imposed on the two officials.

Rama and Cuevas could not be reached for comment.

Delute has also filed a similar case against Rama and members of the City Council before the Office of the President which handed the case to the Dept. of Interior and Local Government.

The most recent release was made on December 21, 2014 leaving a still unreleased balance of P2,000.

Delute, a registered senior citizen and holder of OSCA Control No.75278, earlier wrote Rama to demand full release of their assistance on or before December 30.

He threatened to file appropriate legal action against Rama and Cuevas should they fail to do so by year-end.

Delute, in his one-page complaint dated January 3, 2015, said that “Rama did not release the cash assistance in full,” despite media pronouncements by Cuevas on funds availability.

He furnished Cebu Daily News with a copy of the letter complaint that he will submit today to the Office of the Deputy Ombudsman.

Copies of his letter will also be sent to Rama, Cuevas, City Legal Officer Jerone Castillo, Vice Mayor Edgar Labella, Councilors Margot Osmena and Sisinio Andales, the Office of the Senior Citizens Affairs (OSCA) and the Department of Finance.

In his complaint, Delute also questioned the use of the CCMC trust fund for the release of seniors assistance.

He said the allocation was originally allocated for drainage projects but later realigned to the hospital reconstruction project.

He quoted Sec.4, B., of Supplemental Budget Ordinance No. 2388 passed on March 21, 2014 which says that, “the P300 million shall be used exclusively (used) for the construction of the New Cebu City Medical Center (CCMC) and cannot be used for other purposes.”

“Such diversion of fund, without any legal basis or authority from the City Council, amounts to technical malversation,” he said.

Read Next
Woman with P200K worth of drugs nabbed in Toledo