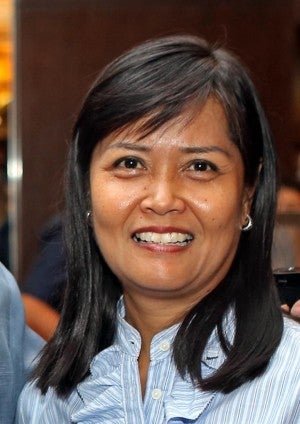 Cebu City Councilor Mary Ann delos Santos yesterday voiced her disappointment over being taken “off the helm” on matters about the Cebu City Medical Center (CCMC).

In a privilege speech in yesterday’s session, delos Santos said she will just focus on improving the city’s satellite hospital in the mountain barangay of Guba as head of the council’s committee on health.

“It made me come to resolve that there are still other areas or aspects where I could train my sights on and still deliver world-class medical service to the public like the Guba Community Hospital,” she said.

After the 7.2-magnitude earthquake that left the old CCMC unfit for occupancy last 2013, Cebu City Mayor Michael Rama assigned delos Santos to head the CCMC ad hoc committee that would oversee its reconstruction.

But her relationship with the mayor soured late last year when she spoke out on the disqualification of the lowest bidder for the construction of the first phase of the new hospital building.

Review
The move irked Mayor Rama who said it was still premature and there were still legal remedies for the contractor.

The mayor eventually upheld the Bids and Awards Committee (BAC) decision to disqualify the lowest bidder.

But last December, he declared a failure of bidding  and even ordered for the review of the composition of the BAC.

The city has yet to conduct a rebidding of the project this year. Delos Santos was a BAC member.

“I have learned to accept what has transpired but I still have such burning desire to finish what I have started,” she said in her speech yesterday.

Plans
Sought for comment, Rama said yesterday that there is still no official document that dissolves the CCMC ad hoc committee nor were there plans to replace delos Santos as its chairperson.

“I haven’t been thinking about it yet. But I will be confronting it. As to the personalities, we don’t know yet who will be handling who,” Rama said.

Delos Santos was appointed chairperson of the committee on health last October 8, 2014 after a foiled attempt by some Team Rama-allied councilors to reorganize the chairmanships of the council’s committees.

Another P5 million will fund the acquisition of modern equipment to enhance the community hospital’s services.

Delos Santos said these developments will be finished by July this year.

By then, she said the city will be ready to apply for a license to operate the Guba satellite hospital as a Level One facility.