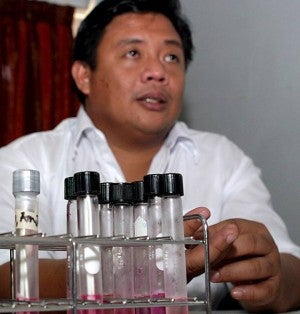 The Regional Epidemiology Surveillance Unit (Resu-7) of the Department of Health is looking into the death of a 1-year-old girl in Medellin town, northern Cebu who reportedly died of meningococcemia on January 22.

There is, however, no confirmation yet on the actual cause of the girl’s death, who was declared dead on arrival by doctors of the Vicente Sotto Memorial Medical Center on Jan. 22, said Renan Cimafranca, Resu head.

But, just in case, Cimafranca said, Resu-7 has already sent supplies of medicine to families and neighbors of the child to prevent the spread of the disease.

(We are looking into the incident. What are the actions taken? They already gave prophylaxis to those who were suspected to be exposed. We only gave additional supplies of medicine to them.)

Cimafranca said this is the first suspected meningococcemia case they encountered this year.

Medellin Mayor Ricardo Ramon Ramirez III said the family and neighbors of the girl were quarantined  for 15 days.

Ramirez said he gave the order after he received the call last January 22 from Medellin Health Officer, Dr. Nicomedes Jabel, informing him of the suspected meningococcemia death.

“Na-report naman sila didto and we have the same advice nga under observation katong naa sa bata. So ang maayo lang nga result is until now, there are no new cases,” said Ramirez.

The mayor admitted that he was worried because the houses there were adjacent to each other, and his first thought was to quarantine the whole area.

Meningococcemia is caused by neisseria meningitidis bacteria which lives in the respiratory tract of a patient.

Symptoms of a person infected with the disease include fever, rashes with red or purple spots, headache, irritability and muscle pain.

According to the Health Department website in an earlier report, Meningococcemia can be fatal but prompt diagnosis and treatment with penicillin, a common antibiotic, greatly improves chances of survival.

The disease is spread through direct contact with saliva or mucous from the nose or throat of an infected person.