From Lahug to Hollywood 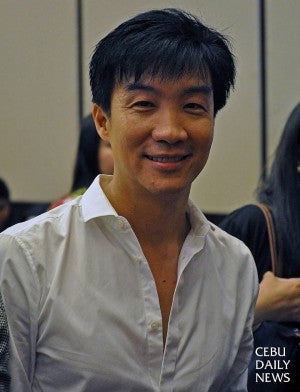 Taking our passion and enjoying what we can do with it can actually help us to achieve whatever it is that we are aiming for.”

Cobonpue  during the forum talked about how he turned his passion for design into a successful business by producing some of  the most sought-after furniture pieces in the world today.
“My story is about how I was able to make it from Lahug to Hollywood,” he said.

Cobonpue described himself as a kid whose playground was the factory of his mother at the backyard of their home in Lahug, Cebu City.

At a young age, he was already pretty much exposed to the furniture industry — from playing with scrap nails and pieces of wood put together for one of his early creations to travelling and attending every furniture fair that his mother joined around the world.

“I knew then my heart was into designing, but being born in a Chinese family, my dad wanted me to take up a business class, which I did,” he said.

He enrolled in a business course in UP Diliman, but two years later he decided to shift to fine arts which he said he’s more passionate about.

At first, he was not accepted for the simple reason that he couldn’t draw well enough.

Still, he persisted and two years ago, UP Diliman invited him  as the keynote speaker in their commencement exercise to talk about his path to success, and how his decision not to give up from the first failure made a lot of difference.

He then proceeded to take up Industrial Design in Germany where he saw everything made using precision machines.

But when he came back to Cebu  he saw another challenge — that everything here was low tech and done manually.

Cobonpue still persisted and decided to make his own designs.

“One day, I was looking at a tree and realized how beautiful it was. It was huge but has a lot of space. It does not block your view from all the other beautiful scenes around it. That’s where I took my inspiration from for  my first designs that put emphasis on transparents,” said Cobonpue.

His first creation was called the Yin Yang chair in 1998 which later proved to be a hit in the market. He soon had a whole collection added to it, including beds.

Cobonpue said he is inspired by everything he sees in Cebu even from a discarded soda can, which is what inspired him to make the the Lolah Chair, the first furniture to have been given the Design Asia Award.

“The award used to be given to industrial products only like gadgets, but the awarding committee decided for the first time to give the award to the Lolah Chair,” he said.

Among the biggest challenges that Cobonpue had to face was when he decided to market his products under his own brand.

“In the past, the Cebu furniture industry was so used to just manufacturing and selling their pieces to companies. These companies then put their own brands to the furniture and earned more than what the manufacturers earned,” he said. 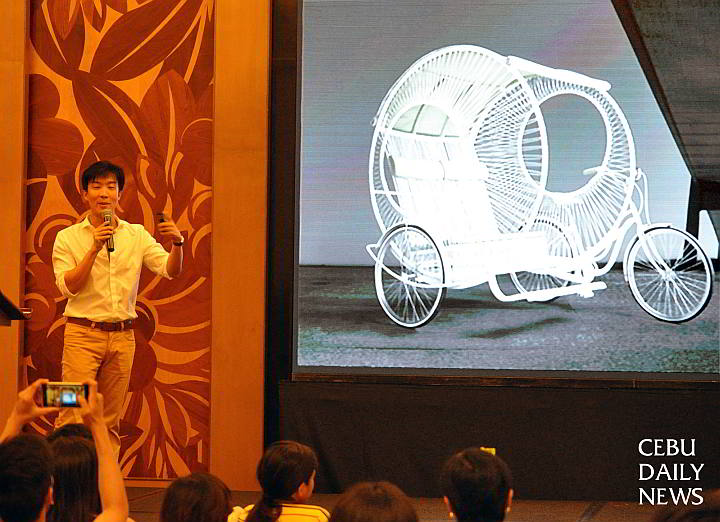 He wanted to change that game, and in the beginning, he lost a lot of clients.

Eventually, his designs were noticed globally especially when Hollywood celebrities like then couple Brad Pitt and Jennifer Aniston bought his furniture pieces.

The rest is history.

Cobonpue’s brand is now recognized worldwide with his pieces seen in movies, music videos and at the lobbies of many luxury  hotels around the world.

Believing in constant innovation, Cobonpue is now also working with fabric and fine couture in his latest creations like the Bloom Chair and the Leaf Chair.

“I’m also fascinated by couture so for this I had to create a new team including tailors. This also comes on time as it allows me to use a different material from the usual natural fibers. I also get to play with more colors and don’t get too much limited to available supply of raw materials which we all know has become limited over the years,” he said.

Cobonpue urged the audience not to  be afraid of the challenge and face it as an opportunity waiting to be discovered.

Read Next
Women told: Don’t compete with your husbands