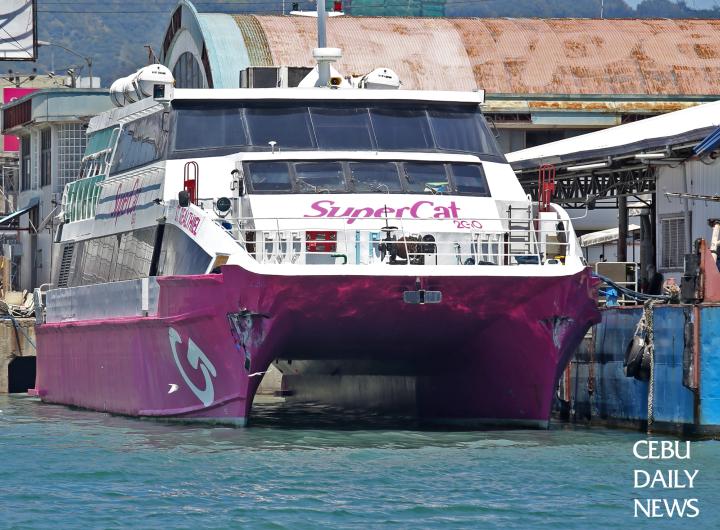 The bow of St. Sealthiel, a Supercat vessel of 2Go Travel, is damaged after ramming Pier 1. It reportedly docked in the wrong berthing space as well. (CDN PHOTO/ JUNJIE MENDOZA)

At least 21 persons were injured when a SuperCat fast craft rammed the pier in Cebu City instead of docking properly about 8:30 a.m. yesterday.

A “maneuvering control failure” was cited as the cause of the  accident involving the St. Sealthiel  which arrived on time  from Tagbilaran, Bohol.

The ship suffered  dents in the right and left portions of the bow.

“2Go will shoulder all needed medical expenses and treatment.  All other 106 passengers and eight crewmen were safely disembarked,” said Salvio in a press statement.

Most of them were  discharged after treatment in  Chong Hua Hospital yesterday.

Most of the injured passengers had bruises, scratches and scrapes in the face and body, said Cebu City Councilor Dave Tumulak, chairman of the Cebu City Disaster Risk Reduction and Management Council.

Porters described seeing passengers with blood in their faces, noses and lips   who were  rushed to waiting ambulances.

Tumulak, who helped in the rescue operation, said most of those who were injured, were standing up waiting for the vessel to dock  so they could disembark quickly.

They were thrown off  balance by the hard impact.

A witness, Alan Gabales, who works as a checker for Cokaliong Shipping Lines said, he noticed that the fast craft stopped its engine a few meters before it could dock in its berthing space.

He said he hear a loud thud. 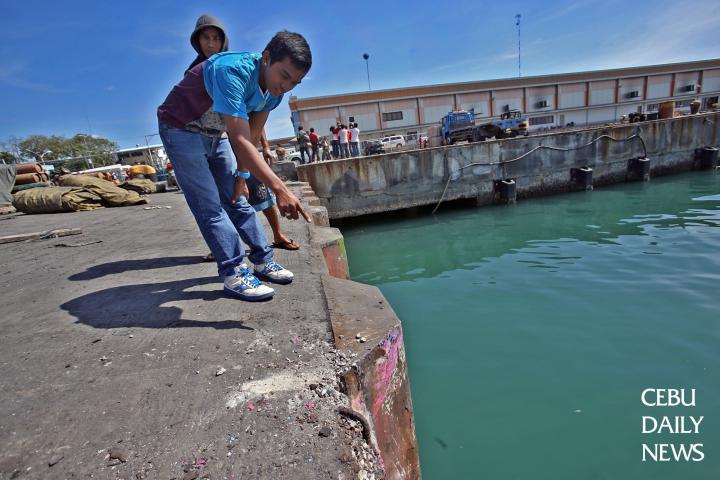 A bystander points to the concrete part of the pier which took the impact. (CDN PHOTO/ JUNJIE MENDOZA)

Gabales said he saw at least three crewmen jump  towards the port.

A porter who asked not to be named said he also noticed the fast craft stop a few meters from its berthing space and then swerve fast to the  Cokaliong berthing space.

The Cebu Coast Guard station commander said the vessel had 119 people on board. The skipper,  Captain Florito Teves, has to submit a marine protest to the Maritime Industry Authority (Marina)  within 24 hours from the accident.

Marina-7 already issued a notice of suspension of MV St. Sealtiel’s passenger ship safety certificate as a result of the accident pending investigation.

Lawyer Jose Cabatingan, Marina-7 information officer, said the fast craft cannot resume operations until the damage is repaired and the vessel’s seaworthiness is determined after reinspection.

The order is limited to this vessel.  He said the crew members of Sealtiel may be assigned to other vessels of the company.

Read Next
Rama backs earthballing of trees on S. Osmeña