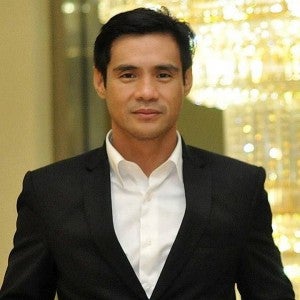 The Cebu City Prosecutors’ Office has dismissed the case for sexual harassment filed by a woman against her former law school teacher,  Vice Mayor Jonah John Ungab of Ronda town.

Prosecutor Ma. Theresa Casiño said there was no sufficient evidence to indict Ungab, a professor of Southwestern University (SWU) College of Law since 2002.

“It is elementary in law that he who alleges must prove his case. Bare assertions are not evidence at all,” Casiño said.

The woman, a law school graduate, filed the case in December 2014, saying she got pregnant and delivered a boy after being forced to have sex with Ungab on March 6, 2013 in order to get her grades released.

Ungab denied the charge and submitted SWU records showing that he submitted the student’s grades to the university on March 4, 2013 or two days before the alleged sexual harassment took place.

“This, to our mind, effectively dimisses her assertion that she was forced to give in to the respondent’s sexual enticement…,” the prosecutor said.

Ungab’s lawyer Leilani Villarino said they have yet to receive a copy of the ruling.

“I have yet to talk to him (Ungab). He’s in Ormoc and I’m busy with meetings for the IBP national convention. That  resolution speaks for itself,” Villarino said.

The complainant,  a native of Leyte, was assisted in filing the case by retired Judge Olegario Sarmiento.

Sarmiento told Cebu Daily News, the woman, who has since graduated from law school, informed him that “Atty. John already called her to settle the issues between them.”

“I just informed her that a motion for reconsideration has to be made ten days from notice. But if they decide to settle the issues, then that’s the end of the story,” he added.

The retired judge said  the single mother was mainly concerned with child support.

In her complaint, the woman said she was enrolled in Ungab’s class in legal forms for the second semester of school year 2013.

She said she was following up with Ungab to submit her grades to the department on time. In a meeting at his law office, she said noticed the lawyer staring at her while discussing the class assignments.

Unable to finish her tasks on deadline, she asked for an extension and  said Ungab  invited for coffee  on March 6, 2014 in Crown Regency Hotel where he  booked a room to avoid being seen together.

“I entered the room and after a couple of minutes he entered. We had a little chit chat first…,” she said.

She said she got nervous and told him she wanted to go home when the lawyer touched her hips.  She alleged that Ungab insisted that they have sex or else he wouldn’t release her grades.

After a month, when the student found out that she was pregnant she said she informed Ungab by text but he texted back “Stop texting me,  you’re crazy!”

When she was  five months pregnant, she said,  Ungab  advised her to abort the child and hired a certain “Jo”  to bring her to  a woman who would conduct the abortion.

But the former student said she was bothered by her conscience and decided not to abort the baby.

She gave birth to a boy on Nov. 20, 2013 at the Vicente Sotto Memorial Medical Center.

Read Next
Use conscience to vote, Dilaab group asks voters