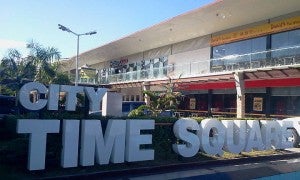 The Mandaue City Police Office is still processing the footage of security cameras inside the electronic bingo outlet at the City Times Square in Mandaue City that lost P1.9 million in cash to armed robbers last Monday.

“Professional robbers conceal their identity but these guys didn’t do that  so the CCTV could have exposed their identities,” he said.

There were eight  closed circuit TV cameras (CCTV), but Baldebrin said the management of 8 E-Bingo Club couldn’t explain  lapses in security that could have alerted the police on the presence of robbers within their premises.

Baldebrin said their initial investigation showed that the 8 E-Bingo Club  had one security camera installed near the vault but it wasn’t functional.

The outlet also dialed the wrong phone number, 166 (the hotline for Cebu city police), when they tried to call for assistance.

He said the outlet could have installed an alarm connected to the nearest police precinct.

He said Mandaue police had  personnel at the vicinity but the robbery took place inside the establishment which nobody was able to see.  Nobody  quickly informed the security guard downstairs after the robbers left them, Baldebrin said.

He said the outlet’s lone security guard didn’t frisk the people who entered, including the robbers who posed as customers.

Baldebrin said they are not discounting the possibility of an inside job.

He said they will post sketches of the robbers after they finish processing the CCTV footage and will also deploy non-uniformed personnel to patrol the area.

A day after the robbery, club supervisor  Angelo Detrago said they now have two guards and will install an alarm to the nearest police precinct.

Supt. Rex Derilo, deputy chief of the Regional Special Operations Group (RSOG), said they will assist in the investigation.

“If these are people from Mindanao victimizing businesses in Cebu, they must have local contacts. It will take time for them to develop  a target,” he said.

While security cameras and guards are deterrents, Derilo said police need the cooperation of the victims in the inquiry.

“Providing the right information can give us direction for  investigation,” Derilo said.

Read Next
Lapu girl kills self before graduation