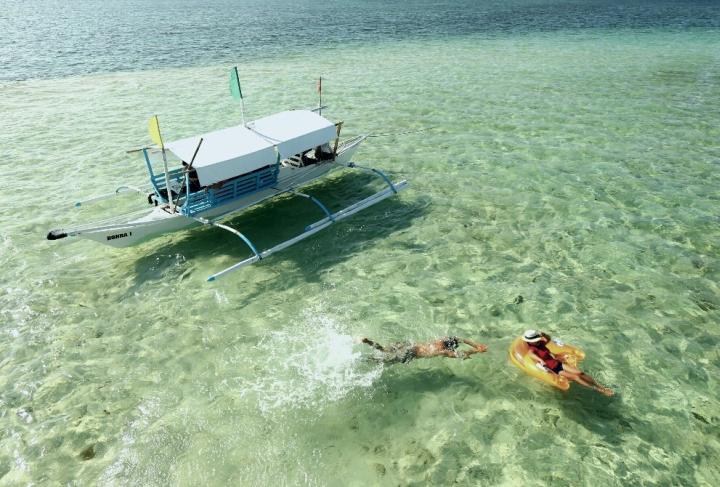 In one town in southwest Cebu, a summer outing can bring you to a white sand islet, a river trek to caves and end up staying overnight in Cebu’s first resort wave pool.

As a destination, Pinamungajan is not on the tourist map – yet.

But word of mouth is bringing more visitors to the second-class town where access roads will soon be built to nature spots where local families are finding pocket-friendly venues to relax and bond.

“What we offer is an adventure place that’s not visited by too many people yet. You can explore the town without spending a lot, menos gasto” said Pinamungajan Mayor Glenn Baricuatro.

When he was elected mayor in 2013, he identified local tourism as a promising area to develop to stir the rural economy.

A foot trail leads to Liki Falls. The climb to a nearby cave in barangay Sacsac is an unforgettable experience for trekkers or those who simply want time away from their workplaces. 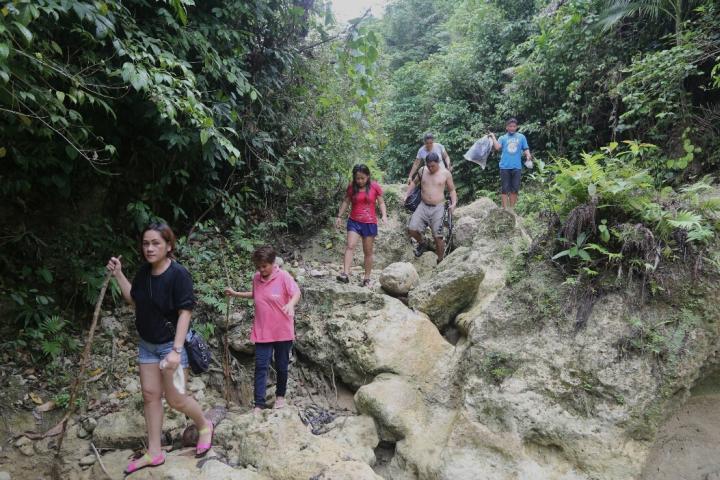 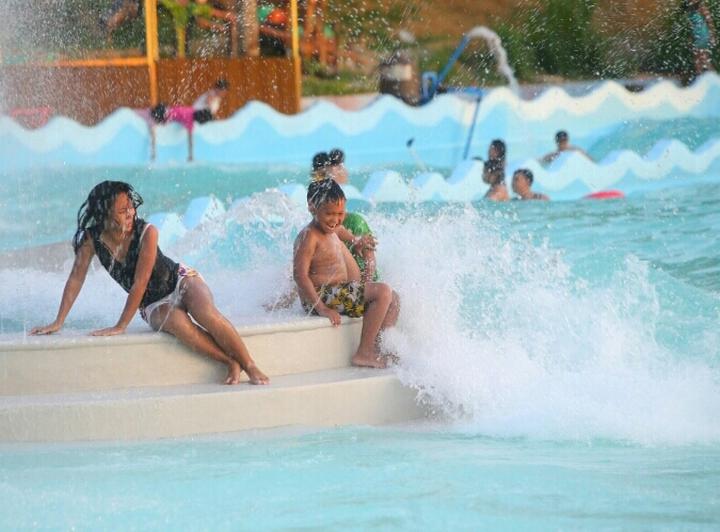 Parents can bring their small children to splash in  barangay Lamac’s artificial wave pool and the clear waters of a  sandbar in the islet of Campalabo.

Pinamungajan is  64.8 kilometers west of Cebu City, two hours by bus at  P80 a ride.  Vans-for-hire from the One Citilink Terminal in Cebu City are an alternative at P100 per person.

From the town center, it’s a P15 motorycle ride  to one’s destination.

A good way to start exploring Pinamungajan, says Yogi Ygay, the town’s tourism officer, is to visit Campalabo islet, where a white sand bar is visible during low tide or early in the morning.

This is a 20-minute pump boat ride from barangay Tajao, where the Borra beach resort offers boat rides for a group of ten at P1,500.  The Visitors can dip in the sea or have a leisurely walk on the white, fine sand. The islet is submerged in knee to waist deep water during high tide.

A concrete shed there is used by Bantay Dagat or sea watch volunteers to secure a nearby marine sanctuary marked by white floaters.

One can end the day on barangay Tajao’s more than kilometer long beach line to watch the sunset. The Borra beach resort has four air-conditioned rooms at a rate of P1,500 per night.

Waterfalls and caves wait to be discovered in barangay Sacsac. The most challenging, says Ygay, is the Liki Falls because of its barely used trail.

Forty five minutes of trekking takes you to a river and shrub trail to a cluster of three waterfalls cascading meters from each other whose name  “Liki” which means crack in Cebuano refers to the source of  spring water in the mountains of Sacsac. 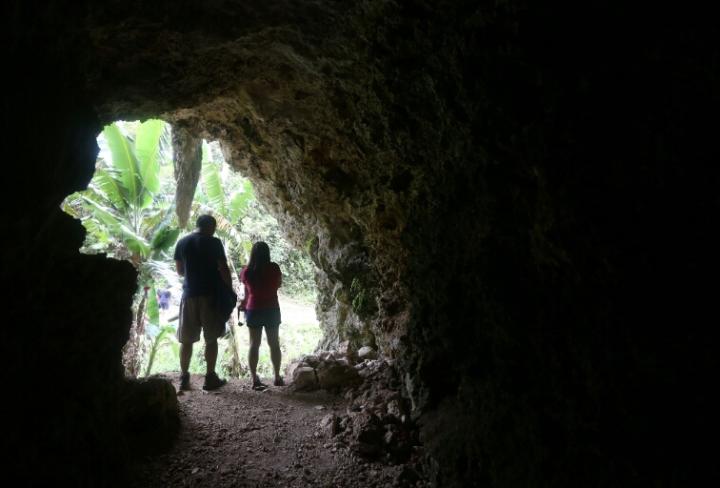 Landlubbers enter one of the caves in barangay Sacsac. (CDN PHOTO/ TONEE DESPOJO)

Baricuatro said he discovered the falls when he visited the area last year as part of his “Lakaw Bukid Program” which he launched to discover new tourism sites. A photo of the falls posted in his Facebook page drew several inquiries.

From the falls, a side trip could be made to the “Pandong Bato” cave whose protruding rocks used to provide shelter to passersby.

Two large stalagmites hang from the ceiling at the opening like fangs of rock. Visitors need a spelunker to guide them inside, and ropes to climb to its upper level. Smaller stalagmites are visible on its ceiling while birds nests rest along the wall.

Sacsac Councilor Bebe Espellarga said several locals attempted to enter the cave but no one has succeeded in exploring its entire length.

The municipal government has allocated P2 million in this year’s budget to improve paths and access roads to these nature sights with priority for Liki falls and another waterfall in barangay Busay.

The town has requested for P10 million from the Department of Tourism (DOT) Tourism Road Infrastructure Program (TRIP).

Another surprise is the wave pool at the Hidden Valley Mountain resort in barangay Lamac, a good choice for day trips.

The resort operated by the award-winning Lamac Multi-purpose Cooperative opened in December 2014.

Entrance fee is 100 per person.

Ellen Limocon, the coop’s general manager, said guests can sprawl outside in monobloc chairs and tables for a fee of P350 if the cottage is full.

“Kusug kaayo ang among accommodation especially during the weekends because people are curious about the first wave pool in the Visayas,” Limocon said.

Getting there is a bit of a bumpy ride because part of the 14-kilometer stretch from the town hall to the resort is still unpaved.

This month, work starts the concreting of five kilometers of road from barangay Duangan to Lamac  as part of a P70 million DOT and DPWH national project.

The wave pool experience is splashing about in big waves created by a generator-powered air blower.

A boat horn blares to alert pool users to expect the waves which come in intervals of 20 to 30 minutes.

The siren usually bring adults and teens running to the water to meet the artificial waves while small kids run to their parents.

“Raging” water would come from the mountain side corner of the 1,800-square meter wide pool.

Limocon said they refer to the rest of the pool area as the “ocean” where the waves subside.

The coop-managed Hidden Valley Resort has nine rooms offering bed and breakfast for guests at  P3,000.