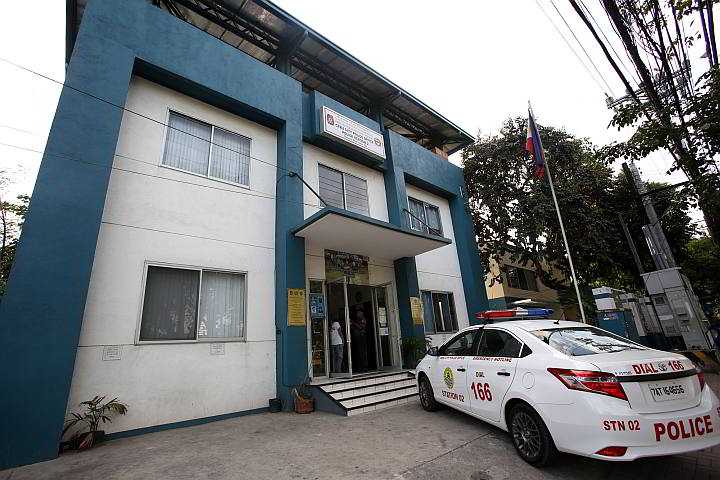 The death of an 11-year-old child beggar who was picked up by the Fuente station police in the dawn hours of Easter Sunday is being investigated by social workers in Cebu city.

The girl, Chastity Mirabiles, collapsed on the street and died the next day on April 6, hours after she was released from police custody.

Her companion, another child beggar, told social workers how they were allegedly beaten up and at one time, given electric shock.

The heat is on Chief Inspector Wildemar Tiu, head of the Fuente police station, who has to submit his men and himself to investigation.

Dr. Ester Concha, chief of the Department of Social Welfare and Services (DSWS) in Cebu City, said the alleged abuse was witnessed by the little girl’s companion, who may be able to identify the policeman who manhandled them if she is shown photos.

Concha said they have received a number of complaints against Chief Inspector Tiu for alleged maltreatment of street kids.

“Chief Inspector Tiu has been the subject of a lot of complaints. There’s this Libod-Suroy program of the police yet he never coordinated with us. The complaints we received come from one station, and it’s all against station 2 (Fuente Police),” Concha told CDN yesterday.

The witness, another child, remains under the protection of the DSWS office.

A case conference was held last Thursday where the DSWS invited Chief Inspector Tiu to  explain what happened.  He sent a representative instead.

Cebu City Vice Mayor Edgar Labella, who was in Manila, last night expressed shocked on hearing the report of the child’s death.

In a phone conversation with Concha, he asked for a written report on the incident, and ordered security for the witness, including a lawyer to prepare sworn statements.

“If the child’s family does not have a lawyer, I will help provide them with legal counsel,” he told Cebu Daily News.

Labella, who chairs the Police Coordinating and Advisory Council (PCAC), said he wasn’t familiar with the “Libod-Suroy” program, saying it may be a police initiative to round up street children but was not a sanctioned City Hall program.

“The police shouldn’t go to the extent of hurting them,” he said of the street children.

Child beggars are a common sight around Fuente Osmeña, sometimes drawing complaints from passersby who are annoyed and frightened by the more aggressive vagrants.   Some of the street children engage in snatching, sniff rugby or are used by crime gangs because their minor age keeps them out of jail, making them a target of off-and-on police roundups.

“Libod-Suroy” is a Cebuano phrase  that means roaming around or a vagrant.  The term is also a slang reference for street children.

Chastity and her mother would hang around a spot near a 7-11 store near Fuente Osmena Rotunda to beg in the evening up to the wee hours of the morning.

Based on the account of an  11-year-old  witness, a policeman kicked Chastity in the face while she was sleeping on the pavement outside the convenience store about 2 a.m.  Then the little girl was “thrown” into a police car and taken to the nearby Fuente police station with another child beggar.

Chastity and her young friend spent the night in the police station and were released later in the morning. Her companion had to carry her on her back because the little girl was too weak to walk.

Chastity was able to go home to barangay Calamba.The next day, she and her mother returned to their usual spot near the store to beg.

The little girl crossed the street to buy some food from a vendor, then collapsed about noon. Onlookers called an ambulance and Chastity was brought to the Cebu City Medical Center where she was declared dead.

The family was told by doctors that Chastity succumbed to “dengue and heat stroke”.

Concha of the DSWS said her office is  looking into complaints that the Fuente police station was maltreating street children and treating them like young criminals. 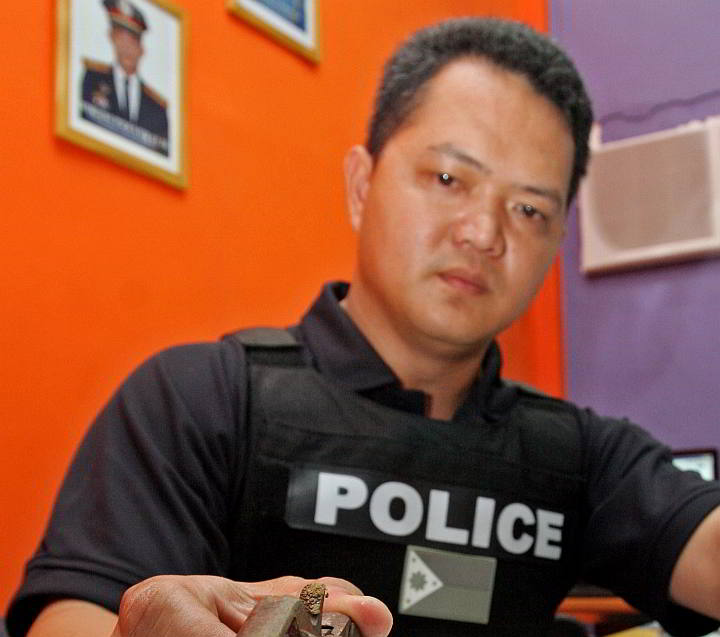 In one complaint last month, Tiu detained a 17-year-old boy accused of stealing a memory card.

“He detained the child without informing us or the relatives. The grandmother was looking for the child only to find out that he was already sent to Operation Second Chance,” she said referring to the city’s juvenile correction facility in  barangay Kalunasan.

On the day Chastity died, April 6, three street children aged 7, 13, and 14 were also brought to the Fuente Police Station where their heads were forcibly shaved,  said social workers.

The minors were reportedly held alongside the detention cell for male prisoners, and were given pancit canton. They didn’t eat it  though because the noodles were mixed with hot pepper.

Reached by phone for comment last night, Tiu waved off the accusations as mere fiction.

Tiu confirmed that the child Chastity and her mother were begging in the area.

(Why should I include the children when they were just victims of their mother.)

Tiu used to head the Police Station 3 in the Waterfront and was reassigned to Station 2 or Fuente police in May 2014.

“We have no problem with the program (Libod-Suroy) he’s implementing but please coordinate with us,” said Concha, head of the social welfare office of Cebu City, in a separate interview.

“Look at what happened now. A girl died in their hands. They may have gone overboard,” she said.

Concha said the 11-year-old companion of Chastity will remain under their protection.

If the family won’t pursue a case against responsible police officers, she said DSWS will file the charges.

“Inspector Tiu may have his own way of handling street children but please don’t hurt them in any way,” Concha said.

On Friday last week the girl’s grandfather Renato Mirabiles went to the National Bureau of Investigation in Central Visayas (NBI 7) to request an autopsy.  The little girl was buried the next day in the Calamba Cemetery.

“I told the lolo to bury the body but just don’t put a tombstone so the human remains won’t be destroyed when we exhume it,” Cam said.

Cam said they will take tissue samples and check for injuries on the body to find out the cause of death.

Cam said he was told a similar account of police brutality by the grand father, and that the little girl was picked up from the street along with other children roaming the city streets and taken to the police station.

“Among the tasks of our policemen is to gather and admonish street kids because they may end up being used by  criminals. But mauling them is another story,” Cam told CDN.