Landfill settlers ask: Where do we go after Friday deadline? 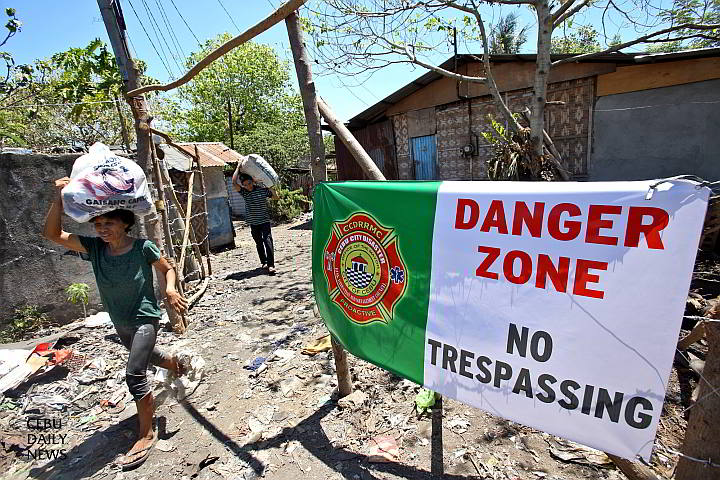 Seventy families followed City Hall’s evacuation order to leave the Inayawan Landfill but they come back from time to time to check on backyard pigs and cows. (CDN PHOTO/ JUNJIE MENDOZA)

With five pigs and one goat to keep him company, 71-year-old scavenger Felix Banua sat glumly outside his shanty at the Inayawan landfill and pondered on where he and his family would go next.

“Sige gyud mi ug huna-huna ug asa mi padulong ani kay dapat daw inig ka Biyernes dili na mi pwede dinhi (We keep thinking about where we would go since we are only given until Friday because we’re not allowed to stay here),” he said.

Banua’s wife and two kids are staying temporarily at the Inayawan Elementary School.

His family and others were given until Friday to demolish their shanties and evacuate.

If not City Hall’s demolition team will take down their houses. Banua is allowed to stay in the landfill area because he can’t bring his farm animals to the school.

A relocation site has not yet been prepared by City Hall although discussions continue with owners of a private parcel of land.

“I hope the Cebu city government could help us where to go. I really don’t have any idea. We don’t have relatives here in Cebu City,” Banua said.

Banua’s daughter-in-law Vanessa, questioned why they were required to relocate only now.

“Where would we go? We were told that we will relocate to sito San Isidro but we haven’t received  any updates.

We have no problem being transferred so long as we have some place to  go to ,” Vanessa said in Cebuano.

She and her family were also from  Malaybalay, Bukidnon. They’ve stayed in the Inayawan landfill for more than a decade.

READ: Families living near Inayawan landfill at risk of a garbage landslide

Banua’s family and Caseneres’s family sleep on school tables which they share with the others.

All of their belongings are in the school. Caseneres’s husband works as part of a sales crew in a mall.

(The evacuation center is okay but it’s better to have your own house. We can’t afford to build our own house let along buy a lot,” Caseneres said.