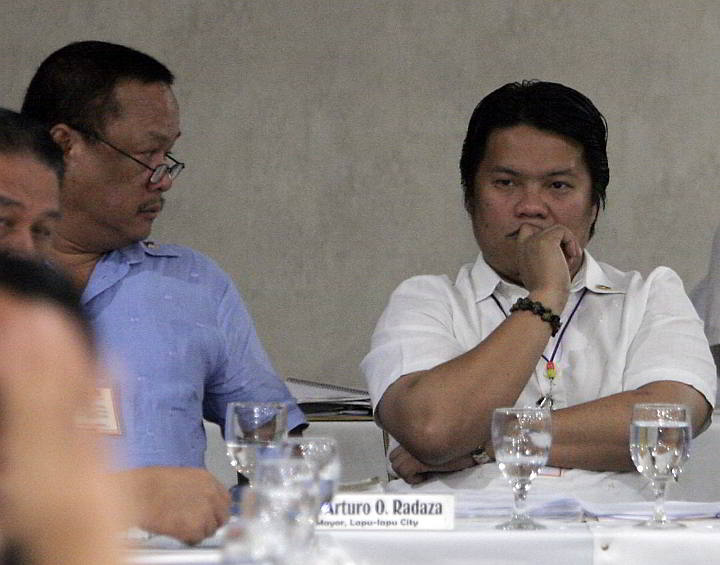 Michael Dignos, then Lapu-Lapu City asst. legal officer, looks pensive after the 31-1 vote of the Regional Development Council (RDC) board asking then president Gloria Macapagal-Arroyo to reconsider approval of the Mactan reclamation project in this July 24, 2008 file photo.

The hearing officer in the complaint filed against Cebu City officials in relation to the release of P25,000 in calamity aid at the Department of Interior and Local Governments (DILG) inhibited himself from the case.

DILG hearing officer Christopher Tiu said while he didn’t agree with Cebu City Mayor Michael Rama’s accusation that he was biased against them he inhibited himself from the case to ensure “fair play and impartiality” in the proceedings.

Rama and City Legal Officer Jerone Castillo said they welcomed Tiu’s inhibition in an order he issued last May 22.

“Having inhibited, that means he realized that it may not be an advisable thing for him to do and I thank him for that,” he told reporters yesterday.

DILG summary hearing officer Isidro Barrios III said the motion of Rama and other councilors to suspend the proceedings of the DILG is rendered moot and academic.

Waiver
In a May 25 order, he directed the continuation of the preliminary conference and formal investigation of the case on June 8, 9, 10 and 11 at the DILG  regional office.

“Failure of either party to appear during the preliminary conference shall be construed as a waiver on the right to participate in the same,” read Barrios’ order.

The DILG has been hearing since last year the administrative complaint filed by Reymelio Delute, Bando Osmena-Pundok Kauswagan (BO-PK) supporter and lawyer against the city officials before the Office of the President.

The complaint stemmed from the across-the-board release of the P25,000-calamity assistance that City Hall gave to its employees and officials in December 2013.

The City Legal Office filed a petition in the Court of Appeals (CA) to issue a Temporary Restraining Order (TRO) on the DILG hearings, saying the complaint is an attack on a validly approved city ordinance covering the distribution of the aid.

But until now the CA has not resolved the petition.

“We received information that the resolution is now on the table of the judge,” City Legal Officer Jerone Castillo said.

If no resolution is issued by the CA within the week, Castillo said he’ll start convening City Hall lawyers to prepare for the hearings. But he said they’ll work on getting the resolution before the actual hearings start.

Read Next
Developer sets aside P3.7B for projects